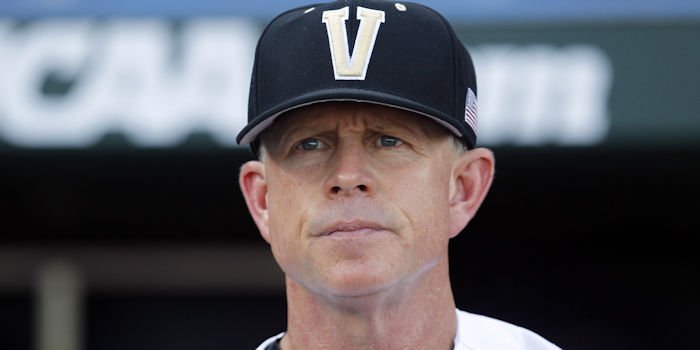 CLEMSON – Vanderbilt head coach Tim Corbin walked into Doug Kingsmore Stadium and saw plenty that was familiar and some things that weren’t. The Vanderbilt team bus drove onto campus and he saw the place he got married, which brought back good memories, even if he doesn’t remember the year.

Although unranked, Vanderbilt is the No. 2 seed in a NCAA Regional that includes host Clemson, No. 3 seed St. John’s and No. 4 seed North Carolina-Greensboro. Clemson is No. 15 in the coaches poll and No. 17 in the National Collegiate Baseball Writers Association ranking. St. John’s is 23rd in both.

Corbin is very familiar with the Clemson program – he was one of former head coach Jack Leggett's lead assistant coaches for nearly a decade between 1994-2002. Under Leggett, a Hall of Famer, he learned how to be a college head coach as the Tigers won 72-percent of its games and reached the College World Series four times and the Super Regionals six times.

“Different. The dugouts are different. The physicality of the place is different,” Corbin told TigerNet Thursday. “The stands and the outfield are different. The fences are in. That's new. Our fences, we brought them in the last few years I was here. And of course, your football facilities here are just amazing. Those weren't here. There are some physical differences to the place but it's still Clemson. It's country. It's nice. It's a good feeling.”

The Tigers were 24-5 as a Regional and Super Regional host during Corbin's time in the program. However, Clemson means Jack Leggett to Corbin.

“He gets in tonight. He's been traveling, but I've been talking to him quite a bit and hopefully, I'll get to spend some time with him tomorrow night,” Corbin said. “Our daughters are coming in and hopefully, we'll get together. Jack is why I am coaching at this level. He gave me the opportunity at this level and I will always be grateful to him. He is a fantastic guy and one of my best friends. We talk a lot, so being back here brings back memories of Jack more than anything else.”

The trip to Clemson marks the first time in five years in which the Commodores have not hosted its own regional. Vanderbilt last hit the road for a regional in 2012 when the Commodores served as the No. 2 seed in the Raleigh Regional. Vanderbilt started off with a pair of wins including a 9-8 victory over host N.C. State in the winner's bracket, but the Wolfpack rallied out of the loser's bracket to win a pair of close ball games in the finals.

Corbin said he was surprised to wind up in Clemson for the regional.

“I was a little bit surprised. I thought we were going back to Louisville again,” he said. “So it was a nice surprise. It's a nice feeling, and it's good to get back here. A lot of memories here, and I got married just up the street. I married into a good family and had the girls here and raised them here.”

Corbin couldn’t remember the year he got married, but he did remember the connection to a Clemson-South Carolina football game.

“I got married when Matt Padgett missed that kick against South Carolina. I don't know, it's been maybe 20 years. Over at the Madren Center,” Corbin said. “It was a great party. Rick Barnes was there. We only had about six people there. It was a small wedding because it was Maggie's second and my first, and I said give me a cheap ring and let's have a nice party. And that's what we did.”

Once he walked into the stadium for Vanderbilt’s practice, the memories came flooding back.

“I remember the last super regional against Arkansas where we lost on Friday night and then came back and won on Saturday and Sunday,” he said. “Just a lot of good, good memories of big games here. The South Carolina games were always special against Ray (Tanner), and there is some charm to it.”