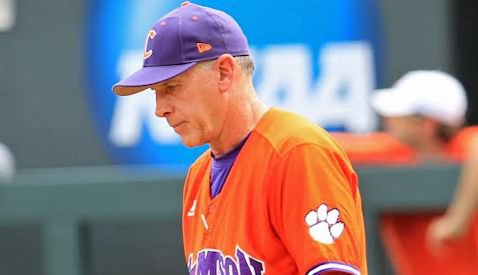 Leggett's message was simple – this one is over.

Jack Leggett
Baseball Head Coach
View Full Profile said that toward the end of Friday’s 18-1 drubbing at the hands of second-seeded Oregon, he mulled over what he needed to say to his group of players, a group that was sure to be deflated following the blowout loss.

His message was simple – this one is over.

The Tigers were plagued by defensive breakdowns, poor baserunning, the short game and the long ball and now Clemson finds itself on the brink of elimination, forced to win four games in three days to survive the regional.

In an understatement, he called Friday’s outing a tough day.

“Obviously, a rough day for us. We started out pretty good then the fourth, fifth and sixth inning I think we ran into trouble controlling their bunt game and run game,” Leggett said. “Bottom line is that they outhit us, outpitched us, outplayed us, but the good thing is, regardless of the score, it’s one game. We’ve been here before. “

As a result, Leggett said it didn’t take long for him to figure out what to say to his team once the game was over.

He said that the Tigers have to quickly forget about the tough day.

What will it take for the Tigers to come back and win those four games in three days, especially against teams like Vanderbilt, Oregon and Xavier? Probably nothing short of a Music City Miracle, but second baseman Steve Wilkerson

Steve Wilkerson
Sr. 2nd Base
#17 6-1, 195
Roswell, GA
View Full Profile said it can be accomplished if the players believe.

“Everyone's got to be 100 percent behind all their teammates, every at-bat, every pitch," Wilkerson said. "We've got to believe in ourselves."

Leggett said that every loss counts the same, regardless of the score, and he hopes his players can forget about Friday and begin to prepare for Saturday.

“You can lose 5-3, 7-1 or on a walkoff,” Leggett said. “There are a number of ways you can lose and feel bad. This was embarrassing and not what we want for our baseball team. But at the same time we didn’t win the game and we have to put this loss behind us and be ready to play tomorrow. They can’t take their runs into tomorrow and we can’t take today into tomorrow. We have to wipe the slate clean, and wipe it clean really quick.”