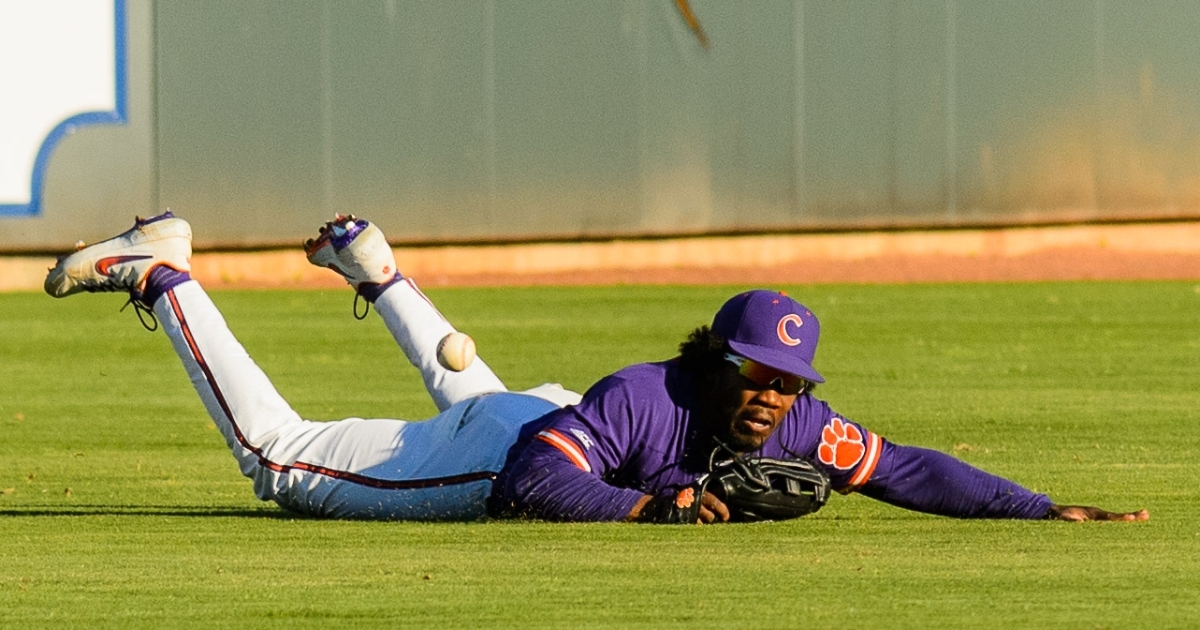 Back to Clemson the Tigers go after getting the split.

COLUMBIA -- Clemson and South Carolina’s rivalry series will go to a deciding game three again after an 8-5 Gamecocks win at Segra Park on Saturday.

Since moving to a three-game, three-site format, the Palmetto State foes have gone to a winner-take-all nine times in 11 seasons. The Tigers hope they can continue some success at home in a 2 p.m. start Sunday after five wins in those matchups.

It was smooth-going for South Carolina’s relief until some two-out success from the Tigers in the eighth, notching that third hit on a Kier Meredith single and a fourth on a blast to left field from Davis Sharpe (his second HR of the series).

South Carolina answered in the top of the ninth with a George Callil sac fly RBI to left field for a four-run edge.

Clemson countered by loading the bases in the ninth with one out. Pinch-hitter Drew Donathan watched sophomore Gamecocks right-hander Brett Kerry’s strike three and Elijah Henderson drew a walk to bring a run in -- and Meredith's fly out to LF would end the threat.

"We're just going to move on to tomorrow," the Tigers' starting pitcher Sharpe said. "It's going to be a new day and a new game. We're going to be energized for game three with the series on the line. Everyone's going to be pumped. We'll be fine."

Clemson struck first Saturday after Sharpe knocked in a run on a groundout in the first. That lead was short-lived, however, as the Gamecocks took their first edge in the weekend series in the top of the second on run-producing hits from Andrew Eyster (a triple) and Jeff Heinrich (a single).

Gamecocks first baseman Wes Clarke tacked on from there with a solo shot to left field in the fourth and Heinrich notched another RBI on a single in the same frame.

Clemson grabbed a run back in the same inning with an RBI grounder from Adam Hackenberg.

In the seventh, Clemson freshman righty Mack Anglin gave up three-straight singles in relief and was pulled before recording an out -- two of those runners making it all the way around the basepaths to build the South Carolina lead to 6-2. Bryant Bowen’s RBI single in the eighth added some more insurance.

"Great game by the Gamecocks today. We did a good job of trying to make things interesting at the end of the ballgame," Clemson coach Monte Lee said. "We had some runners on base and had the opportunity to cut the lead even more. Got to give their pitching credit. Their starter was good. Their bullpen was good. We didn’t square up enough balls -- put some in play but didn’t square up enough with runners on base. One thing I give their guys credit is that when they got leadoff runners on -- they did a good job of getting runners on, runners over and runners in. Seems like every time they got a leadoff runner on -- they scored...

"They were the better team today and they deserved to win."

Sharpe (1-1) surrendered his first earned runs of the season through three starts with four on six hits in 3 1/3 innings.

Heinrich finished with three RBIs in two hits to lead the Gamecocks.

The neutral-site event, which not surprisingly featured a majority of Gamecock fans, set the single-game high for attendance in the series with 8,986 fans.