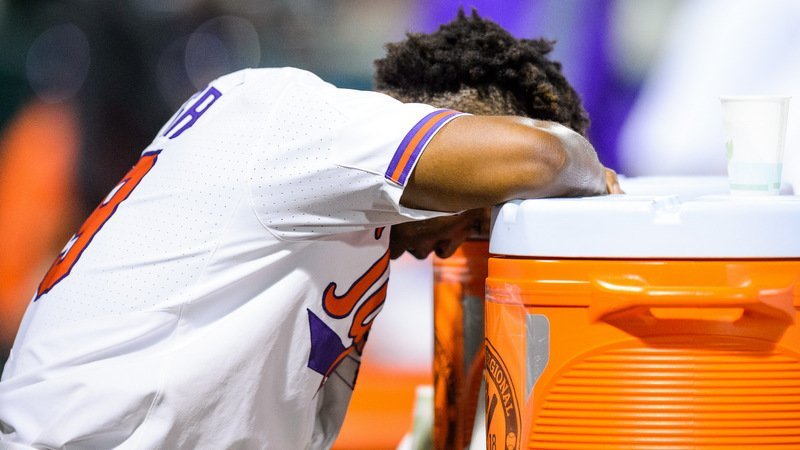 CLEMSON – Clemson had everything to play for and let everything go wrong.

The loss is also the second time Vanderbilt has eliminated Clemson in its own regional in the last two seasons – the Tigers are 1-4 against the Commodores.

Vanderbilt crushed nine homers and Clemson failed to execute – at bat, on the mound and in the field – in losing 19-6 to the Commodores Sunday afternoon at Doug Kingsmore. Vanderbilt will advance to play the winner of the Florida St. Regional.

Lee said the Tigers ran out of arms.

"I would like to congratulate Vanderbilt for a job well done. They played great all weekend," Lee said. "They certainly played a great game tonight and swung the bats extremely well. Pitching-wise, we just didn't seem to have an answer for them. Strider struggled early in the game and we had to go to the bullpen early. In four games, we only got a significant start out of one guy. That makes it tough on the bullpen, and we had used a number of guys out of the pen up until tonight's game. It's certainly not indicative of our season, though."

Clemson starter Spencer Strider got one quick but ran into trouble. Stephen Scott lashed a fastball over the Cajun Café in right for a 1-0 lead. Strider walked the next hitter but escaped without further damage.

Things didn’t get any easier for Strider in the third. A walk and a single gave Connor Kaiser the chance to push across a run, and he punished the first pitch he saw for a 3-run homer and a 4-0 lead. The next hitter, Phillip Clarke, followed that with a blast into the seats in left for a 5-0 lead and Strider’s day was done.

Griffith held things in check until the fourth when the Tigers finally pushed across a run. Logan Davidson worked a one-out walk and was safe at second on Seth Beer’s chopper to first. Chris Williams smoked a deep fly to left – the fielder ran in a few steps before running back – and it dropped over the wall for a 2-run homer, his 18th of the season.

Clarke got one of the runs back with a solo shot to right center in the fifth, making it 6-2.

The Tigers had a golden opportunity in the fifth. Drew Wharton led off the inning with a single to left and Grayson Byrd singled to left-center. Jordan Greene struck out swinging, but Robert Jolly lined a single to left to load the bases. Kier Meredith was hit by a pitch, forcing in Wharton for Clemson’s third run. The Tigers had the bases loaded and one out for Davidson and Beer, but Davidson struck out swinging and Beer flew out to center to end the threat.

It didn’t take Vandy long to answer. Griffith allowed a leadoff walk in the sixth and promptly threw a wild pitch. Lee removed Griffith in favor of Alex Schnell, whose offering was smashed into the gap in left-center for a run-scoring double that made it 7-3. Schnell was replaced by Travis Marr, and two batters later Marr gave up a grand slam to Kaiser that made it 11-3.

The Tigers got a walk from Williams to start the sixth, and Wilkie stayed hot by launching a two-run homer into the seats in left to make it 11-5. The homer was Wilkie’s fourth of the season.

Vanderbilt poured it on after that. Beer and Davidson, two of Clemson's best hitters, combined to go 5-for-33 in the regional. Beer had two hits in 15 at-bats, both homers.

Clemson vs Vandy Boxscore
Get your Clemson Soccer National Champs Gear Here!!
Comment on this story