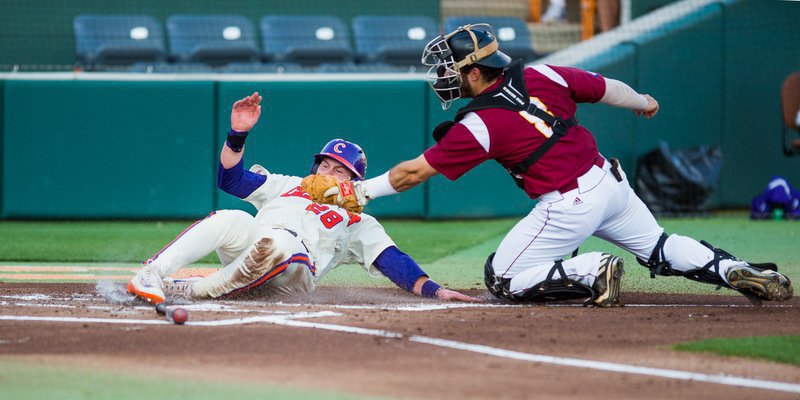 The Tigers loaded the bases, and with two outs Rohlman’s bloop fell in between the shortstop and center fielder for the winning run. Ryan Miller pitched 1 2/3 scoreless innings in picking up the win.

Clemson has won eight in a row and 16 of 17 in improving to 22-4 on the season. The Tigers haven’t lost a midweek game since dropping a decision to College of Charleston on May 11th of last year. Winthrop fell to 13-12 on the season.

Chris Williams drove in two runs and had two hits, while Andrew Cox also tallied a two-hit night. Grayson Byrd was 3-for-5 with a run scored.

Chase Pinder walked to lead off the inning, advanced to second on a ground out, and moved to third on Weston Jackson’s single to center. Logan Davidson walked to load the bases, but Cox reached on a fielder’s choice, bringing up Rohlman with the chance to drive in the winning run.

"You've got to give credit to Winthrop. I thought they did an unbelievable job of competing today," Lee said. "Of the teams that we have played, I don't think we've played one that has put together more quality at-bats. They really competed in the box. They were on fastballs. They took good swings. They did a good job with two strikes. It's just one of those games that at the end of the day we're very fortunate to come out of that with a win. I thought Winthrop did an outstanding job and put themselves in a position to win the ballgame. 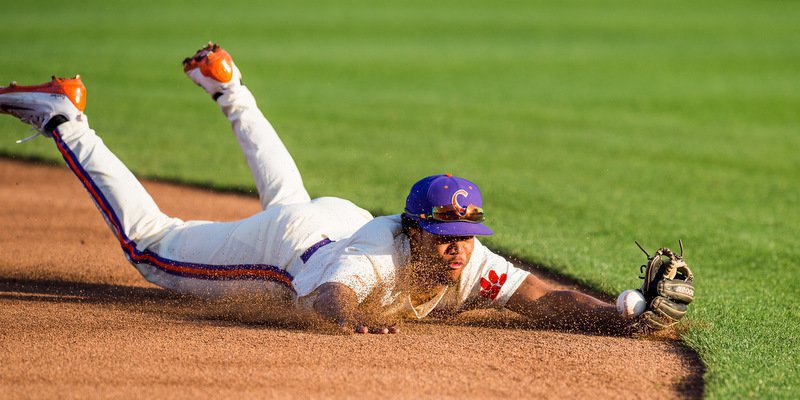 "We kept competing. We didn't throw the ball as well as we have been and our offense needed to step up. We were down 4-1 early in the ballgame and kept plugging away and found a way to put together the big inning in the fourth to tie the ballgame. It basically became who was going to out-compete who from that point on. We scored the single run in the seventh and then they tied it in the ninth."

Clemson got the scoring started with a single run in the bottom of the first. Seth Beer roped a one-out single to left, and advanced to second on a passed ball. With two outs in the inning, Chris Williams laced a single to left, and even though the throw beat him to the plate Beer eluded the tag and Clemson led 1-0.

Winthrop got the run back and ended Clemson’s scoreless innings streak in the second. Babe Thomas singled with one out, and he came around to score on Matthew Mulkey’s RBI double. The run ended Clemson’s 29-inning scoreless streak dating back to last Friday’s series opener at Boston College.

The Eagles chased starter Paul Campbell and added two more runs in the third. The inning started on a fielding error by first baseman Andrew Cox, and the Eagles quickly added a double and a walk that loaded the bases. Two sacrifice flies later, Winthrop held a 3-1 lead.

Campbell ended the night by pitching two innings, and he gave up six hits, three runs (one earned) while walking one and striking out two.

Mulkey homered to left with one out in the fourth, and the Eagles held a 4-1 lead.

The Tigers answered in the bottom of the fourth. Weston Jackson reached on a throwing error by the third baseman, and Logan Davidson followed with a single to left-center. Cox hit a sharp single to left to load the bases, and Drew Wharton hit a sacrifice fly to right center that scored Jackson to make it 4-2.

Williams broke the tie in the seventh. He led off the inning, and smacked the first pitch he saw over the wall in left for a 5-4 Clemson lead. It was his sixth homer of the season. The Eagles tied the score with a run in the top of the ninth, setting up extra innings.

Lee gave credit to Miller for allowing the Tigers the chance to win the game.

"I've got to give Ryan Miller a lot of credit. If it's not for Ryan Miller, we probably don't win that game," he said. "It's the first time all year that he's thrown on back-to-back days. I thought he did an outstanding job of pounding the strike zone. He did an excellent job and he's the reason we won this game. He stepped up big for us."

Clemson vs. Winthrop box score
Get the latest Clemson gear right here!
Comment on this story