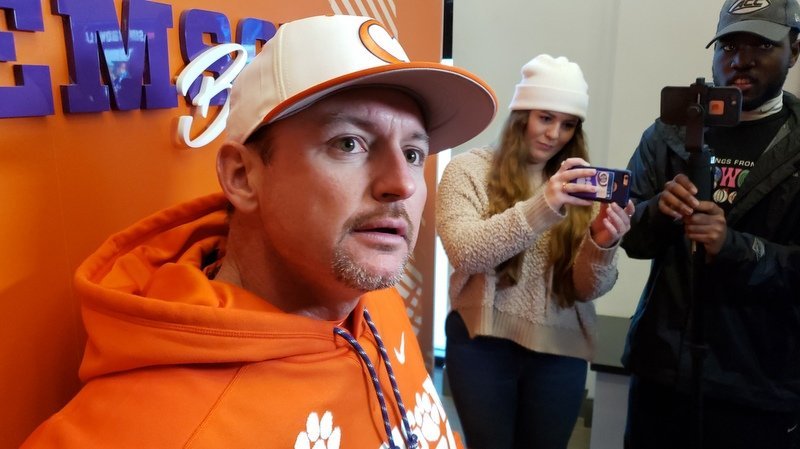 Lee's Tigers head to Oxford to take on Illinois Friday

Monte Lee’s baseball team spent most of the second half of the season on the NCAA Tournament bubble, but the Tigers earned a spot for the 11th consecutive season when the pairings were announced Monday afternoon.

Clemson was selected as a No. 3 seed and will play in the Oxford (Miss.) Regional beginning Friday at Swayze Field. The Tigers were selected to the NCAA Tournament for the 32nd time in the last 33 years, 11th year in a row and 44th time overall, fifth-most in NCAA history.

Clemson opened league play with an 11-3 start but injuries and pitching woes led to 15-15 finish in the ACC. Clemson went 1-1 in last week’s ACC tournament but beat No. 1 seed Louisville, enough to earn the Tigers a spot.

“There’s always a level of nervousness and worry when you know you’re on the bubble,” Lee said. “We felt like we were in good shape, but you just never know. The committee looks at all the factors, all the teams, and they felt like we were worthy of being in the field of 64. We’re certainly grateful that they felt that way.”

The Oxford Regional is matched up with the Fayetteville (Arkansas) Regional in the 2019 NCAA Tournament bracket. If the Tigers were to advance, it would be the first time the program has advanced to a Super Regional since 2010, also the last time the team made an appearance in the College World Series.

Under Lee’s tutelage, the Tigers have hosted each of the last three seasons but have been knocked out at home each time, once by Oklahoma St. and twice by Vanderbilt.

Getting away from home might be just what the doctor ordered.

“I think that for us it’s going to be a lot of fun. There’s not a lot of pressure on us right now. We get to go on the road and go play somewhere else,” Lee said. “We’d love to be hosting a regional here. We all know the expectations of the program here is to put together a regular season where you can host a regional. But the bottom line is we get to play in the field of 64. We’re going to go on the road. We’re going to have a good time and compete and hopefully play good baseball.”