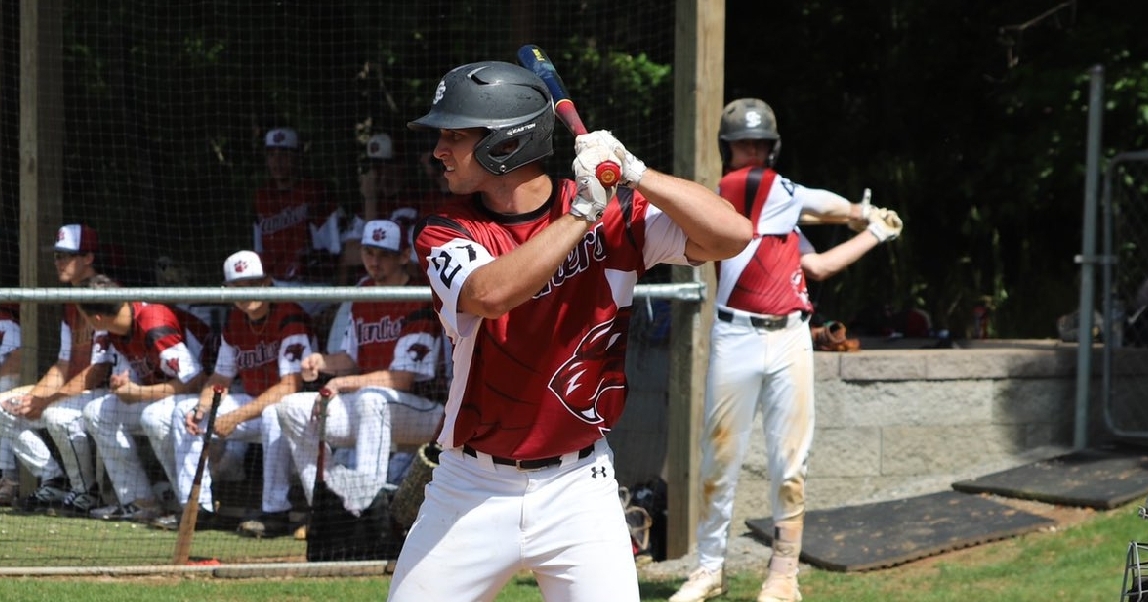 Bissett will play in the field for the Tigers.

Monte Lee has made it a point to bring in-state talent to the Clemson baseball roster. The most recent commit adds another South Carolina product to Lee’s 2021 class.

Tristan Bissetta committed to Clemson on June 26th, giving Clemson eleven total commits for the ’21 class. Bissetta, a 6-2, 208-pound outfielder/first baseman from JL Mann HS (SC) Greenville, adds a strong bat and the ability to play multiple positions to the Tigers’ impressive class. Bissetta is one of eight commits from the state of South Carolina, the first outfielder for the Tigers’ class.

Bissetta has been a regular participant at the Clemson baseball camps, giving him the chance to showcase his talents and get to know Lee and his staff. After getting an offer from Clemson, Bissetta decided to let Lee know that he was ready to be a Tiger.

“The Clemson staff has been familiar with me since I began going to the baseball camps back in eighth grade,” Bissetta told TigerNet. “I talked to Coach Lee when my recruitment got serious. I have always been very high on Coach Lee and the staff at Clemson. Being around them in past camps, I knew I would want to play for them when the opportunity came. They give off a lot of positive energy and that’s something that’s very important to me. I told Coach Lee that I have wanted to be a Tiger my whole life and that I was ready to make it official. It was a very exciting moment and one I will never forget.”

Bissetta has been used all over the field in high school and in showcase tournaments, playing in the outfield, at first base, and on the mound. Where does Lee see Bissetta helping the Tigers when he gets on campus?

“Coach Lee is most excited about my bat, but he sees my future in the field in either the outfield or at first base,” he said. “My strengths are my power/speed combo and ability to hit for average as well. I play the game with high effort and intensity, making the rest of my tools stand out.”

Along with Clemson, Bissetta was being recruited by Coastal Carolina, College of Charleston, and High Point University. When it came to choosing Clemson, Bissetta looked at academics and the chance to win big for the Tigers.

“I have always wanted to be proud of the degree I would be receiving while also having a legit chance to make it to Omaha and win a national championship,” Bissetta said. “Thankfully, I’m getting both of those opportunities at Clemson.”

In 2015, Clemson added a new player facility to Doug Kingsmore Stadium behind the first-base stands. Having the chance to be trained in some of the best facilities in the nation was another reason why Bissetta chose the Tigers.

“The facilities at Clemson are second to none,” he said. “Being able to train in that environment was a huge factor in why I wanted to go to Clemson, as continuing to get better is my biggest priority.”

Along with Bissetta, Lee has secured an impressive amount of talent to the ’21 class. What does Bissetta see the ’21 class providing for Lee and the Tigers?

“The class of ’21 is very strong,” he said. “I personally know several of the commits and I’m familiar with the rest and they are all studs. I expect a lot of great things from this group.”

Bissetta plays summer ball for the South Charlotte Panthers and is putting up eye-popping numbers so far. Through nine games, Bissetta is batting .583 with a .737 OBP. With three home runs, six RBIs and 12 runs, it’s easy to see why Lee is excited to get Bissetta’s bat in the Tigers lineup. Bissetta has clocked a 60 time of 6.64 seconds and recorded an exit velocity time of 95 MPH off the bat, according to Perfect Game. Bissetta has also been clocked from the outfield at 91 MPH.