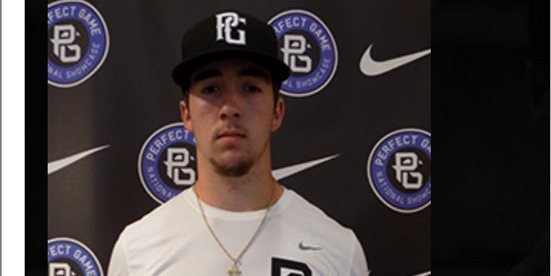 After four seasons with the Bulldogs’ baseball program, pitching coach Fred Corral was relieved of his duties, leading the nation’s No.55 prospect to re-think his decision and commitment to Georgia.

Raffield told TigerNet shortly after his commitment that his initial decision came down to the Bulldogs and the Tigers, so it was a no-brainer the second time around.

“Last year, Clemson was on me pretty hard about going there. It all came down to Clemson and UGA, but I committed to Georgia,” Raffield told TigerNet late Thursday night. “About seven months later I talked it over with my family after Georgia's pitching coach got released. I was extremely close with him, so I felt like it was in my best interest to de-commit and re-open my recruitment and Clemson was one of the first people I talked to. I always loved Clemson and going up there. It's a beautiful facility, beautiful campus, great coaches, great baseball program and I know I'm going to get a good education when I go up there. I felt like it was just the right time to go ahead and say that I want to commit to Clemson University to play baseball there.”

The relationship with Lee and See and their success over the last two seasons was a huge part of Raffield’s decision.

“I'm close to both of them. I'm really excited,” Raffield said. “I feel like I'm going to learn a lot from them, grow a lot and become a better man and become a better baseball player. It's a great program and great coaches. They know a lot about what they're doing and they're very successful in the way they do it. Coach Lee was very excited when I told him I wanted to commit.”

And the opportunity to be a part of a program on the upswing was more than Raffield could pass up.

“First of all, it's a blessing and an honor to be part of that. I know we're going to be able to do big things when I get there because we have great coaches,” he said. “I feel like it's an honor to be on the ground floor of that.”

At 6-4, 215, Raffield is a power pitcher with a four-pitch arsenal, who has also been utilized at first and third during his high school career.

“I played the field in high school, but pitching is going to be my big thing in college so I'm better off going in as just a pitcher,” he said. “I'm a right-handed pitcher. I throw a fastball, curveball, changeup, slider. My fastball is in the low 90s. My curveball is in the mid to upper 70s and I might touch 80 sometimes. My changeup is a good pitch that's around 80-82 and my slider is a good pitch also. I'm in the high 70s with that.”

As with many high school baseball players, Raffield will probably have a decision to make between Major League Baseball and Clemson next summer, but he said as of now he intends to be a Tiger.