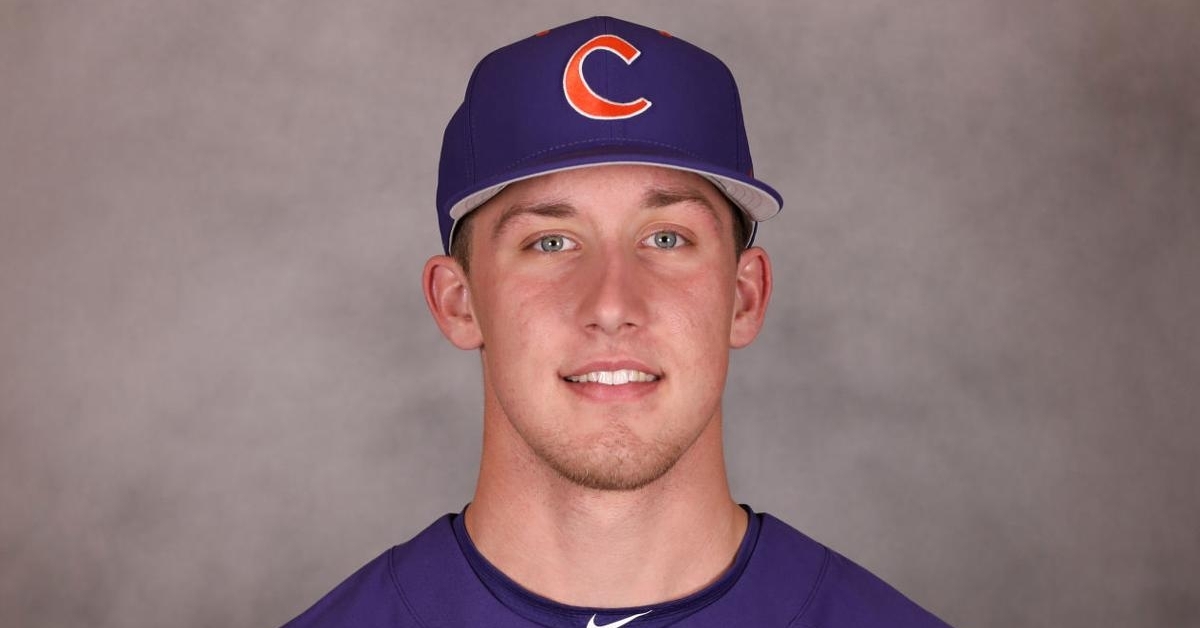 CLEMSON – The Clemson and South Carolina rivalry evokes all kinds of emotions across the state. Co-workers talk trash, families pull for different teams, and sometimes husbands and wives wear different shirts when it’s time the two schools to clash.

There are even times when parents have to do something they don’t like, and that’s the case with Clemson freshman pitcher Geoffrey Gilbert.

Gilbert has been one of the key arms in the Tiger bullpen during the young season. He’s already appeared in four of the first games and has a sparkling 0.00 ERA over his five innings pitched. He’s allowed just two hits and has countered his five walks with seven strikeouts.

Gilbert was one of the most dominant high school pitchers in the state of South Carolina over the last three seasons. The Bishop England product is a three-time state champion, the 2018 Gatorade Player of the Year, and 2019 Mr. Baseball. He went more than three years at Bishop England without suffering a single loss.

“I get out on the mound and it's an adrenaline rush like no other. I've pitched in big games - three state championships,” Gilbert told TigerNet. “I thought I was prepared and you get out there in front of all these fans and you're just trying to find a way to breathe and settle your heart rate down.”

For now, Gilbert is a reliever and he’s perfectly happy with his role.

“For me it's fun...My job is easy. We have a deep pitching staff,” he said. “I don't have to worry about myself doing the whole job. Just go out there and throw strikes like every night 100 percent. For me, it's not really about the mound. It's nothing physical. It's all mental. It's getting out there, getting my toes wet in the water and realizing the adrenaline rush that's going to come and being prepared. I look at every situation the same whether I'm starting, relieving, closing, coming in in the middle of the inning with the bases loaded. It's the same situation - get out there, throw strikes and get outs.”

Gilbert also grew up in a household of Gamecock fans, including his parents. He was raised on the Gamecocks’ trips to the College World Series and rise to national prominence, but when it came time to find the school that best fit what he was looking for, he chose Clemson.

That means this weekend’s rivalry series is a family affair. The Tigers and Gamecocks play Friday night at South Carolina’s Founder’s Park, play at the “neutral site” Segra Park in Columbia Saturday and finish the series in Clemson on Sunday.

One thing is for sure – Gilbert’s mom won’t be wearing orange, but being able to compete in the series and have his parents in the stands is special and emotional for the freshman.

“If you would've seen my mom, she was in a gray t-shirt,” Gilbert said after the season opener. “She said she's not going to wear orange unless we make it to Omaha. For me, that just makes that a little bit sweeter for us to get there. My dad, as long as someone is helping me out with college tuition, he doesn't really care. They're both really proud of me being here. It gets me a little choked up. My dad had quintuple bypass surgery. I almost didn't make it here. With all of the work I put in, I probably didn't spend anywhere near as much time with them as I should have in high school for six years. Now for them to be here and to see me, it's a dream come true.”