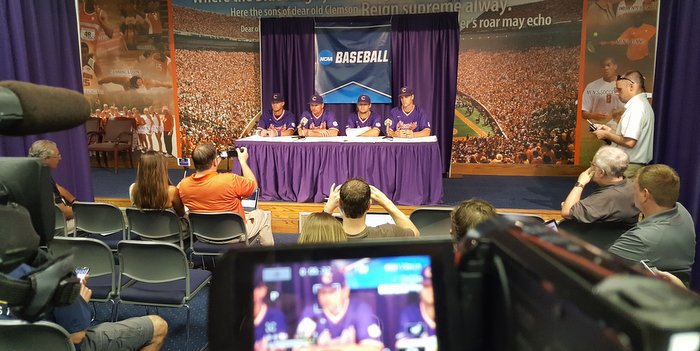 CLEMSON – Five years after Clemson was bounced out of a regional at home by UConn, Doug Kingsmore Stadium is back on the big stage.

The Tigers haven’t hosted a regional since 2011, the year that UConn knocked the Tigers out of the NCAA Tournament, but host this season as one of eight national seeds. The first step on the road to Omaha starts Friday in the Clemson Regional.

Clemson is the No. 1 seed, while No. 2 seed Oklahoma State, No. 3 seed Nebraska and No. 4 seed Western Carolina round out the regional. Game times are noon and 7 p.m., on Friday, Saturday and Sunday, and 7 p.m. for the if-necessary game on Monday. The Tigers are also the No. 7 national seed, their fourth national seed in history and first since 2006.

Doug Kingsmore Stadium has undergone major changes since 2011 – including the new player facility – and head coach Monte Lee says it can only help recruiting to have Clemson front and center as the tournament begins.

“It definitely helps in recruiting. It helps with the Clemson brand,” Lee said during a press conference Thursday. “Everybody knows about Clemson baseball, but for the folks who get a chance to watch it on television, it gives some exposure to our facilities, to our playing field, to the teams that are here, our team and our program and our fan base. If you're watching on television and you see six or seven thousand plus people in this stadium and the beautiful facility we have, it only helps our program. So, absolutely, it's a positive for us to be on display this weekend.”

The Tigers, who held their last practice before the regional, will face Western Carolina Friday at 7 p.m. 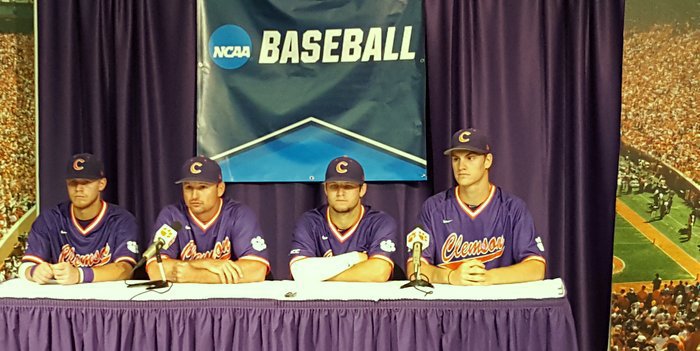 “We had a great practice this morning. This week has been a lot of fun for our guys,” Lee said. “It's been a time of reflection over what our team has been able to accomplish up to this point, but it's also a time of preparation to get ready for a very, very tough regional. If you look at the teams, including ourselves, with Oklahoma State, Nebraska and Western Carolina, these four teams in this regional have more NCAA postseason appearance than any other regional out of the 16, so there's a lot of tradition here this weekend. A lot of programs that have had a lot of success in the postseason.

“We're going to have our hands full, but I know our guys are ready. They're very confident. We're very excited about being able to bring a regional to Clemson. I know our fans are excited and we're looking for a huge crowd here the whole weekend pulling for our guys. I couldn't be more proud of a team. I told them that today at the end of practice. I'm just extremely proud of what our guys were able to accomplish this year, but we're ready to go. Excited about the opportunity and we'll see what happens.”

“The positives are we have a little better feel for their lineup and their pitching because we've seen a lot of their guys. The negatives are that they played really well against us,” Lee said. “We had our hands full trying to win both ballgames. We had to come from behind at their place and they stormed back at the end of the ballgame in Cullowhee when we played them early in the year. Here, we were very, very fortunate to beat them. They were ahead for the majority of that game. They've got a good team. It's a tough lineup. It's a team that puts together very good at-bats. They're very well coached. They do a number of different things. They'll run on you.

“They'll take advantage of you if your pitchers aren't quick to the plate. You've got to do a good job of shutting down the running game. They'll sit in patterns and look for certain things out of your pitchers. They do a good job offensively and pitching wise. The (Bryan) Sammons kid that's throwing against us has been a horse for them. He's thrown almost 100 innings. He's got a lot of strikeouts. He's a power arm. He's very, very good. He's a guy that's had a big workload for them this year and he's carried them on his back. He's a tough one and he throws with the wrong hand - he's left handed. Anytime you're facing a lefty with a good fastball and a good breaking ball, it can make it tough on you, so we've got our hands full.”