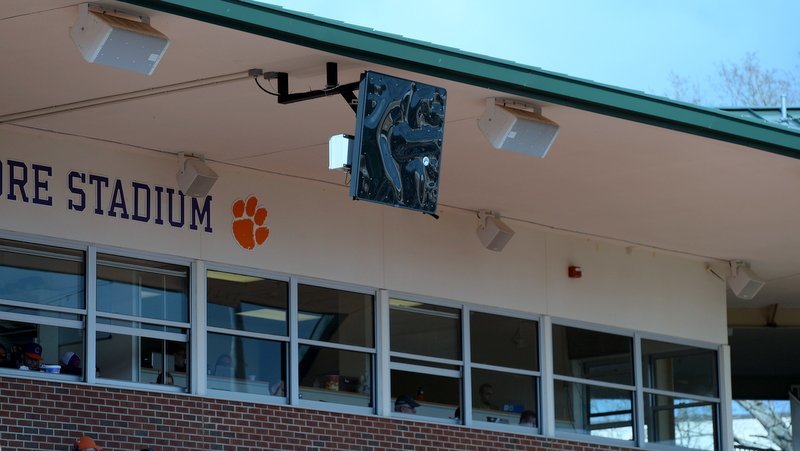 The new Doppler radar - for baseball - system at Doug Kingsmore

CLEMSON – Visitors to Doug Kingsmore Stadium this season have noticed a large, dark square that sits below the roof of the press box, facing the field. It’s the baseball version of Super Doppler radar, and while it won’t warn of approaching storms, it’s a data gathering and analytics device tool that is beginning to make its mark on the game.

Welcome to baseball in the 21st century.

The new system was installed at Doug Kingsmore during the offseason, and it’s called TrackMan. TrackMan Baseball is a 3D Doppler radar system that precisely measures the location, trajectory and spin rate of hit and pitched baseballs. With applications in player evaluation and development, TrackMan quantifies aspects of on-field performance that have traditionally been qualitatively assessed. The system is currently used by a majority of Major League teams, and Clemson is on the ground floor of college teams who have put it to use (Dallas Baptist, Coastal Carolina, Duke, Vanderbilt, Arkansas, UNC, and Iowa all use it).

The radar technology captures upwards of 27 different and unique measurements per pitch/hit, and the TrackMan tagging software collects all standard and advanced statistics driven by on-field play. This combination of measured (radar) and derived (traditional) data gives the coaching staff a unique view of the game.

“TrackMan is basically a Doppler radar. They calibrate it in Switzerland,” head coach Monte Lee told TigerNet. “Pretty much any pitch that comes in from the mound to home, and then leaves as it is being hit, it's going to judge how fast the ball was thrown, the spin rate of the pitch, where exactly that pitch is located in the strike zone, how fast the ball comes off the bat, how far the ball is hit off the bat, how high the ball was hit off the bat and the launch angle of the swing. It will tell you the extension rate of the pitcher - how far out in front of the rubber the ball was released - and the release height.”

The new Doppler radar - for baseball - system at Doug Kingsmore "

Pitchers who slip into slumps often have trouble with their release point, and this system allows the coaches to see the release point on every pitch thrown in the game. It works hand-in-hand with an $8000 app called Pitch Grader. 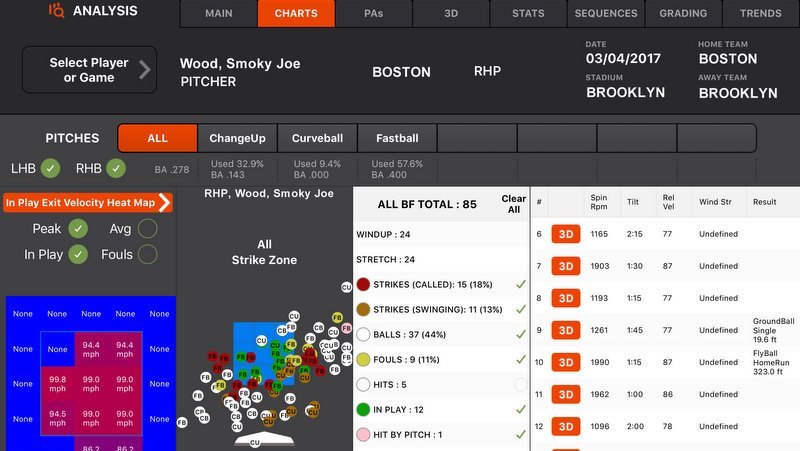 “It's pretty amazing. It also tells you - which is valuable for us - the toggle clock. When you look at the hand, if you look at the hand as a clock, it will tell you where the pitcher releases the ball,” Lee said. “It's good to teach pitchers when it comes to shaping pitches and how to throw pitches based on how the ball is coming out of their hand. It's a very unique device. It will log every pitch that's thrown in the game. You can go back - and we have an app called Pitch Grader - that will show you every pitch thrown in 3D and for the hitter where he hit the ball. When you touch that pitch in the app, it will show you the exit velocity and launch angle, all those things. It's a tool we use to coach our hitters and our pitchers.” 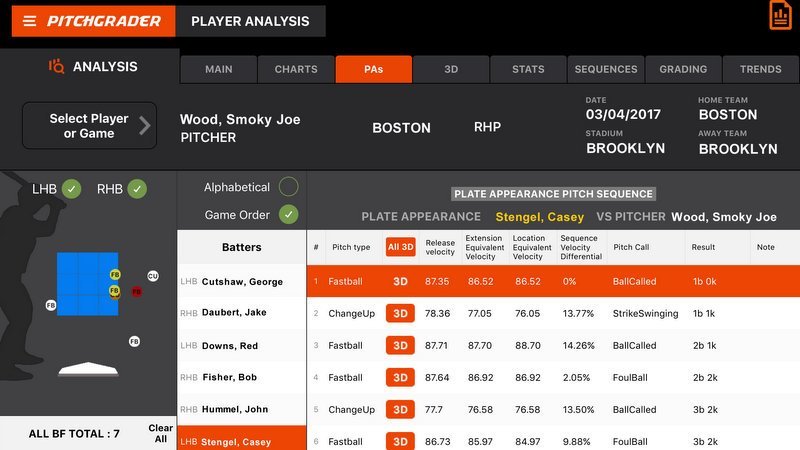 A look at the PitchGrader app

Anyone that has played a baseball video game recognizes the hot and cold zones for hitters – zones that hitters handle with success are marked in red and zones they have problems with are marked in blue – and this system follows the same formula.

“It's great to have from an information standpoint. From an offensive standpoint, it will tell you what parts of the strike zone your hitters handle well,” Lee said. “It will tell you their heat maps - heat maps that show the hitters what part of the hit zones they handle well. If a pitcher has a high spin rate fastball, it tells us we need to use that fastball at the top of the strike zone more. If you have a fastball that is sinking, you need to throw that pitch at the bottom of the strike zone more. If he is throwing a breaking ball or offspeed pitch on the toggle clock then we can help him in the bullpens work on his release point so he can throw that pitch sharper.”