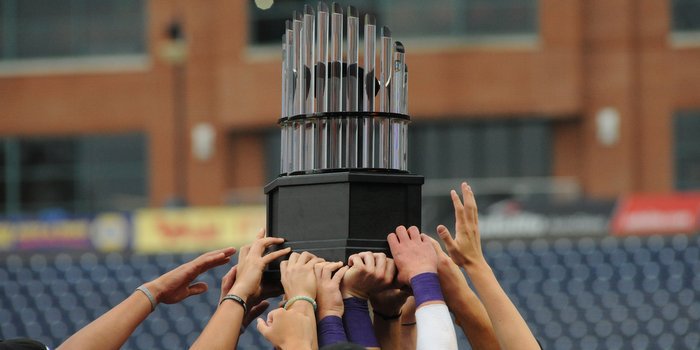 DURHAM, NC – Clemson football head coach Dabo Swinney has a saying – “The best is yet to come,” – and for the Clemson baseball team that couldn’t be more true.

Fresh off of a thrilling 18-13 victory over Florida State and an ACC Championship on Sunday, head baseball coach Monte Lee and the Tigers await their Regional fate and to see if they will indeed claim one of the Top-8 national seeds in the upcoming NCAA Baseball Tournament.

Not many people, including those who follow the program closely, would have ever expected Clemson to be in contention for a national seed, especially two weeks ago when it looked as though the Tigers would need to be near perfect to just even earn a bid to the ACC Tournament.

Fast forward ten days and Clemson is conference champions, and D1Baseball editor and national writer Aaron Fitt told TigerNet in an exclusive interview Sunday afternoon that he thinks the Tigers have done enough to earn a national seed, which will be announced at noon Monday.

“They've done enough for me. It's incredible that they've gotten to this point from where they were a month ago,” Fitt told TigerNet Sunday. “Nobody would've dreamed that this team would be a national seed. At that point, they didn't even look like a host, but here they are. They're number six in the RPI. They've got the third most Top-50 wins in the country. They've got twice as many Top-50 wins as South Carolina, which people were talking about as a national seed heading into the week. I think going 3-0 and now 4-0, they've done enough.”

Two weeks ago, Clemson was sitting with a losing conference record, but Fitt said it’s how the Tigers have finished that will give them momentum in the eyes of the committee. 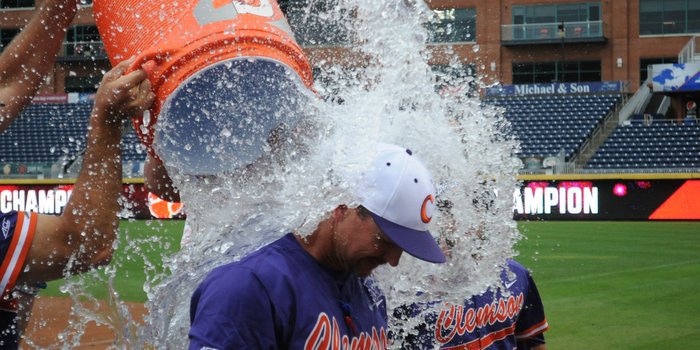 “It shows you how quickly things can change. The thing is they're 16-14 in the league (prior to the ACC Tournament) and that's the one black mark on their resume,” Fitt said. “The committee looks like at is as your conference record includes the conference tournament. All of a sudden they're 20-14 after sweeping Notre Dame and winning the ACC Championship. That looks a lot better. Down the stretch, those two weeks made all of the difference. Factor in also the series wins against North Carolina State and Florida State the previous two weeks.”

As a Regional host and potentially a host spot in the Super Regionals, Fitt said he wouldn’t bet against Clemson making a run at Omaha and a national championship, especially given what they’ve accomplished over the course of the last two weeks.

“I guess you have to say that they do. If they're going to be a national seed, they'll be at home for the Regionals and Supers,” he said. “Right then and there, the math says that you're likely to win your Regional. Think it's about two-thirds of the hosts historically win and a little over half of the national seeds get to Omaha. You have to like their chances. I still feel like this team on paper sure doesn't feel like it should be a national seed. They are short on the mound. The lineup has a couple of really good players and some nice role players. If you compare them talent wise to Louisville and Florida and Miami and Texas A&M, it's just like they aren't really in the same ballpark, but I didn't think they'd get to where they are now, so it doesn't make any sense to start doubting them right now. This team clearly has some kind of special make-up and belief and they're extremely well-coached. They do a lot of the little things well.”

While the cupboard wasn’t totally bare when Monte Lee took over there were question marks, especially with the lack of depth on the pitching staff, and Fitt said the job that Clemson’s first year head coach had done can’t be overstated.

“It's incredible that he's gotten this kind of a season out of this team. He's such a steadying hand and he has such a presence about him,” he said. “I think I tweeted it yesterday, I just love even his presence at a press conference. He's just so straight forward. He's loud and decisive. You can tell he's earnest and it just comes across. It always has with Monte. He's a smart baseball man and he knows how to push the right buttons. I think he's got advanced motivational abilities. He's handled this team masterfully.”

While it may come as a surprise to many if Clemson is announced as national seed on Monday, Fitt said the Tigers being in contention for Omaha will become more the norm and not the exception.

“I would think it would. It's not like this program had really gone into the toilet. They've missed one Regional in the last two-and-a-half decades,” Fitt said. “It's not like they've got that far to go. Certainly, with the facilities, that was a game changer adding the new building on the first baseline. That thing is beautiful and it's a huge attraction for recruits. We know Monte knows the state really well and can recruit. I like his staff a lot. Coach (Andrew) See has done a great job - with that pitching staff a great job. Bradley LeCroy, that guy works hard and knows what he's doing on the recruiting side. I think this will be the norm going forward. The ACC is going to be competitive every year. There's a lot of teams that are good, so it will be a little cyclical here and there. You can't be a national seed every season, but I would think going forward there will be a lot more years like this.”