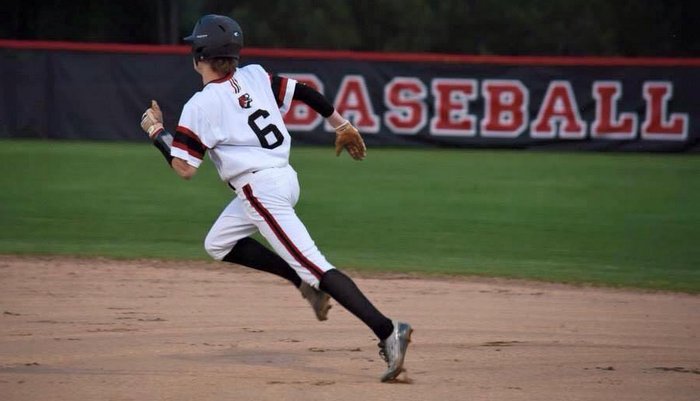 Clemson baseball has a long and storied tradition, but that tradition doesn’t include winning the final game in Omaha and bringing a National Championship back to Clemson.

One of Monte Lee

Elijah Henderson, a 2017 shortstop out of Taylors (SC) Blue Ridge committed to Lee and the Tigers last week, and Henderson told TigerNet recently that he wanted to be a part of a winning tradition and to play for a dynamic coach and that Clemson will allow him to do both.

“With Clemson, it’s just the tradition with the baseball,” Henderson said. “One of the top ten winningest programs and Monte Lee. That is another reason. I really wanted to play for Coach Lee. It's just his relationships with the players. If you look at the College of Charleston, how do you take a small school like that and turn it into something great? You have to have a coach that has a relationship with his players and is a diehard winner. He just wants to win and so do I.”

Henderson said he was looking forward to the opportunity to do something that hasn’t been done in the Clemson program – go to Omaha and come back a winner.

“I am excited about it,” he said. “We have one goal at Clemson right now, and that is to make it to Omaha and win a National Championship. We want to be the first from Clemson to do that.”

Henderson hit a combined .460 with four homers, 31 RBI, 11 doubles and 11 stolen bases for Blue Ridge during the spring, and he says Lee wants him to play shortstop at Clemson.

“He definitely sees me as a shortstop. That is where he recruited me and where I will probably stay,” Henderson said. “I am a hard-nosed player, I like to get dirty and I am a speedster. I feel like I respect the game and I want to play the game the right way.”

Another bonus for Henderson? Clemson’s new facilities that are taking shape in and around Doug Kingsmore Stadium.

“The new facilities are beautiful. The new team room they are getting is unbelievable,” he said. “They went to a lot of the schools across the country and took the best from each players' room and then made it into one. The facilities at Clemson are second to none.”