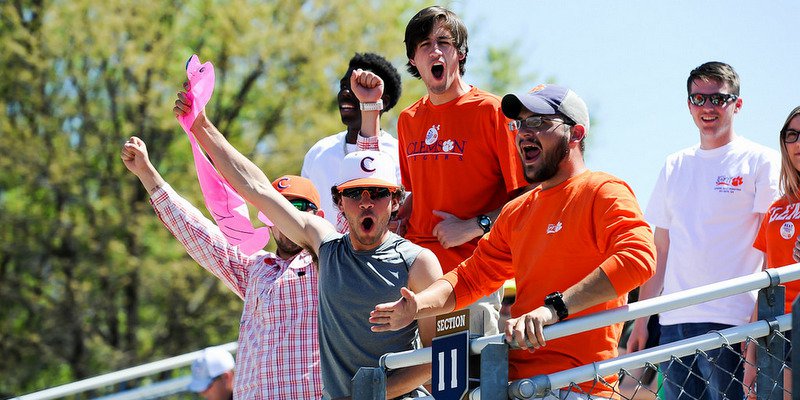 CLEMSON – The NCAA Baseball Twitter account said things “were getting a little weird in Clemson” when the television crews spotted pink flamingos all over the stadium.

It’s not weird. It’s just a group of students – and now the fan base – embracing their team and doing whatever it takes to help the Tigers win.

What started as a joke has become a tradition with hundreds of flamingos positioned in and around Doug Kingsmore Stadium for Friday night’s 5-4 over UNCG Friday night in the Clemson Regional.

Michael Marianos – one of the founders of Clemson’s flamingo invasion and a member of Central Spirit – said the idea was brought to life by a theme party after one of the Tigers’ baseball games.

“A group of four or five of us, we were attending a sorority function one night that was Hawaiian-themed right after a baseball game,” Marianos told TigerNet. “We all dressed up Hawaiian for the game and brought one flamingo , and that game went 13 innings and we won. So, we made a joke that we had to take it with us to Atlanta.”

Damien – the original flamingo – made his first road trip to Georgia Tech in April and from there Marianos and his friends realized the flamingo just might be the good luck charm Clemson needed. 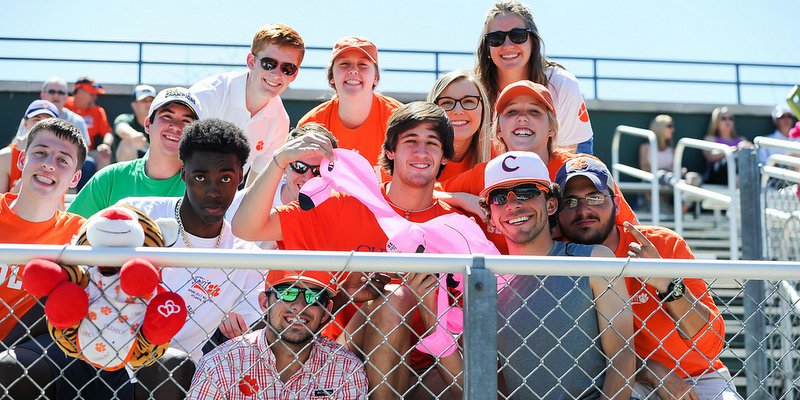 The flamboyance of flamingos only grew from there, including a few that travel with the team and live in the baseball facilities.

“We got more and more flamingos and the players bought in. The players have some in the dugout and in the bullpen. It all started as a joke and became more than that,” he said.

However, after Clemson’s late-season slide, the group knew they needed new flamingos for the postseason.

When Marianos showed up to Tiger Field Friday night he was shocked and thrilled at the number of flamingos in attendance.

“It's kind of cool that something you started as a joke and now everybody has bought into it,” he said. “To see everybody just kind of enjoy it and notice the atmosphere we're bringing to the stadium. The players and the coaches love it. They like and enjoy the enthusiasm that we're bringing. It all starts with one person. Once one person gets enthusiastic and gets into it, everybody around them does. That atmosphere we're creating is awesome to see and is helping the team win.”

If you plan on attending Saturday’s game against Vanderbilt and want to add to the flamboyance, Marianos said all of Damien’s brothers, sisters and cousins were purchased for 99 cents at Party City.

“We've gone numerous times throughout the season and bought everyone they have and we'd drive back a couple of weeks later and buy them all again,” he said. “I know other stores sell them, but it would be awesome to see them out here.”