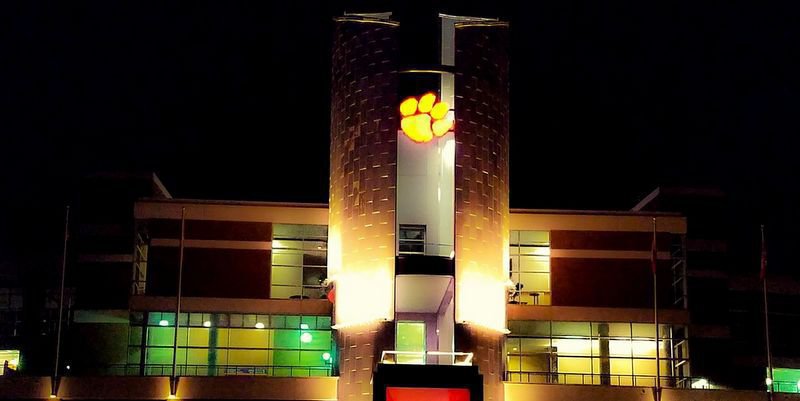 I walked onto Clemson’s practice field on a late summer afternoon last week, and the alma mater of a school I didn’t attend kept running through my head.

Where the Blue Ridge yawns its greatness,

Where the Tigers play,

The practice was ending, and I looked out over the practice fields toward Death Valley as the sun began to set in the distance behind us. A few minutes before, I had looked out over the lake and the deepening color of the sunset and saw the mountains the song talks about. I marveled at the setting in which many of us get to work.

We walked through the new football complex and onto the corner of the practice field for interviews, and I had to smile to myself. Clemson has come a long way since I first started covering the Tigers full-time for TigerNet back in 2008.

Gone are the days of C.J. Spiller working out for NFL scouts in a driving rainstorm, or Jamie Harper trying to catch passes on the windiest of March days. I no longer get to watch the kickers try to pass the time at the end of practice playing football golf by trying to kick footballs into the big holes at the end of the practice field.

The place itself has always been beautiful, but when it comes to the facilities and the football program, things have never been better.

As the team worked through the final minutes of practice, I shied away from the usual banter of media members trying to pass the time and sat down by myself where I could just watch the proceedings. The new facility? Top of the line. The indoor practice facility? Can’t find one much better. The coaching staff? They’ve proven to be among the nation’s best. Want a national championship? The trophy is sitting in the lobby.

Yes, things are different, and in a good way.

As I so often do, I thought about the beginnings of the Swinney era. I remember a young Andre Ellington refusing to go into the locker room after the loss to Georgia Tech in the ACC Championship Game in 2009. I remember Swinney vowing to fix the offense after the struggles led to a loss at North Carolina in 2010.

There were victories and wins along the way, but there was also heartbreak. The headsets going out at Auburn. The questionable play calling at FSU in 2010. The loss to South Florida in a forgettable bowl game. Interviewing Tajh Boyd after that game, and him promising through his tears that things like that wouldn’t happen under his watch.

The incredible step forward in 2011, and winning the ACC Championship as we all avoided the oranges being thrown onto the field in Charlotte as the beginnings of Swinney’s vision seemed to come to fruition. The defensive debacle a few weeks later in Miami that prompted a defensive staff change. Chandler Catanzaro’s kick as time expired to beat LSU. The win over Ohio St. in the Orange Bowl. Beating Oklahoma like a drum in back-to-back years. 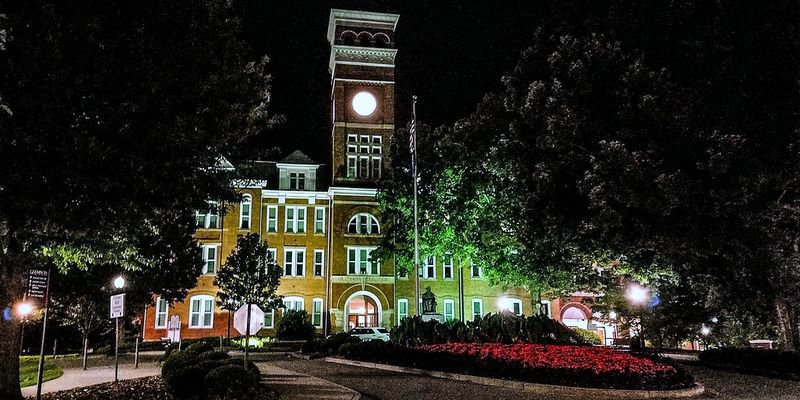 Standing in the locker room after the loss to Alabama as players like Shaq Lawson and Eric Mac Lain refused to take off their jerseys, knowing that game would be their last in a Tiger uniform. The team lost many of its stars after that game, but came back to work.

Where the mountains smile in grandeur

O'er the hill and dale,

Here the Tiger lair is nestling

Swept by storm and gale.

The indescribable emotion of watching Ben Boulware and his teammates celebrate a National Championship in the chill air of a January morning in Tampa and watching tears roll down the face of my wife, who treasured that moment more than walking across the stage at Littlejohn to receive her diploma. All of those moments have made this Clemson program what it is, which is pretty darn good. As Swinney says, the Tigers climbed the mountain. And roared.

Dear old Clemson we will triumph,

That the Tiger's roar may echo

I posted on the board a few weeks ago that my main concern about this team this season was the loss of so many playmakers, the guys that had experience in big games and were on the field for that game-winning drive against Bama. Well, you replace them with guys who have just as much or more talent.

These coaches think they have something special. I had one person close to the program say they think this team has a chance to be better than the team from last season – from a talent and depth standpoint – and will only get better as the season progresses. There are playmakers all over the place, and the defense will be one of the nation’s best.

This is going to be another fun season, and this team will be fun to watch, even if they don’t make a return trip to the title game. Swinney and company aren’t in the process of building something – it’s already built and everyone is reaping the benefits.

Along the way, those of us around the program (players, coaches, media, fans) get to enjoy the ride in one of the best settings in the country.

You know, that place in the foothills of South Carolina, where the Blue Ridge yawns its greatness.

Where the Tigers play.