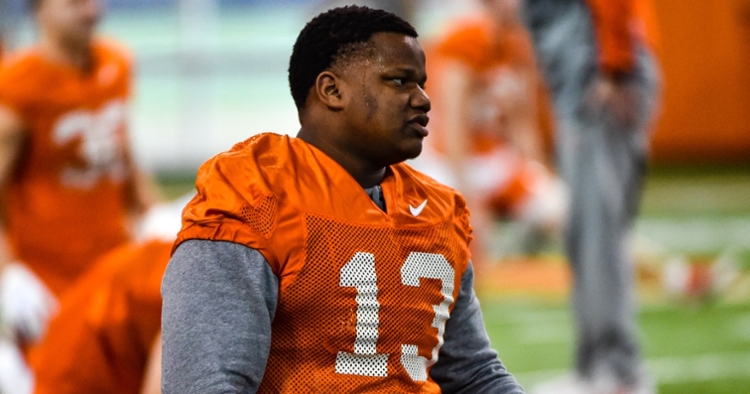 Clemson’s depleted roster has a chance to fill out this week.

Clemson plays at Florida St. at noon Saturday in Doak Campbell Stadium. The Tigers are a 35-point favorite over a Seminole team that is battling injuries and roster turnover. Clemson is also fighting the injury bug, with as many as six starters on defense out in the second half at Notre Dame two weeks ago.

The good news is that most of the injured players have a chance to play this week in Tallahassee. Head coach Dabo Swinney met with the media following Wednesday’s practice and updated the latest from the practice field.

*Started off by sending condolences to the Tajh Boyd family. He said his heart just breaks. Life is hard but that doesn’t make it easy. He says Tajh is like a son to him and his heart breaks and he asks the Clemson family to pray for the Boyd family that God would comfort them and cover them in prayers.

*This is the most challenging season by far. They go into unchartered territory every day. They embrace the challenge and this is something that everybody is dealing with. He said it is like playing in the rain – it rains on both sidelines. He is proud of his team and how it has responded to all of the adversity. He is super proud of the team and his staff.

*Despite the injuries, they are trending in the right direction and they are hopeful the day-to-day guys can play this weekend. A lot of guys are really close. James Skalski and Frank Ladson are out Saturday. The rest are still day-to-day. He said Ruke Orhorhoro is close to being back and contributing. Other than Skalski and Ladson, everybody else has a chance to play.

*He isn’t sure if the lack of conditioning due to Covid is a cause for all of the injuries across the country.

*Swinney says defensive end Justin Mascoll, who has started last two games ahead of KJ Henry, is dependable and committed but so is Henry. Both guys play starters snaps and it’s really up to ends coach Lemanski Hall who will start each week. But he really doesn’t keep up with it because both players play so much.

*Swinney’s evaluation of Kane Patterson, Keith Maguire, and Vonta Bentley - he said all three players have done some good things. Three young and talented guys that are growing into their role.

*Swinney says that FSU is a national brand. When it comes to home state recruiting, they have a great state to reap the best prospects. In watching FSU, from the beginning to where they are now, they are getting better and improving. They are not worried about winning, just improving. Swinney says the Tigers will have to play well to win. They have a young QB they can build around. Swinney says QB Jordan Travis is a “problem” and a guy that can make plays. They are making progress, not on the scoreboard yet, but if they stay the course on some of the core ingredients they will get there. He said they have all the respect in the world for Florida St. He doesn’t care what their record is and they have guys who are highly-recruited and athletic.