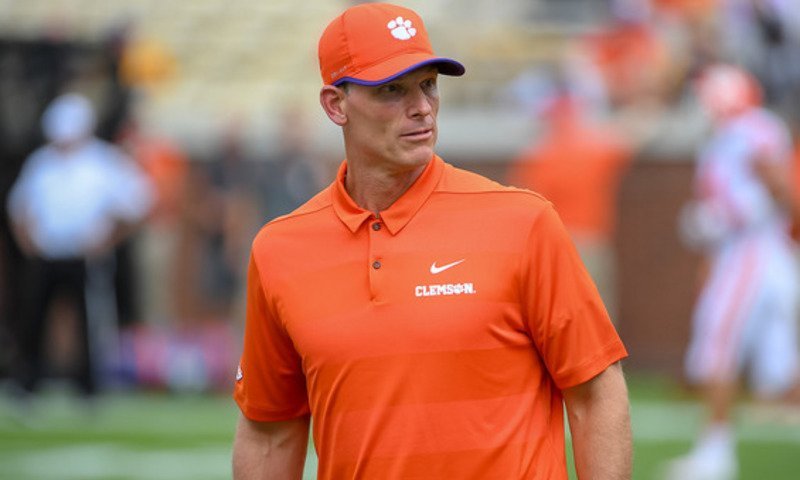 When Brent Venables looks back at what went wrong last year at Syracuse, he sees the simple things gone awry.

The then No. 2 Tigers, a three-touchdown-plus favorite at the time, watched an average Syracuse offense statistically grab the key yards at key points to pull out the 27-24 win. The Orange tallied nine chunk plays (three runs of 10-plus yards; six passes of 15-plus yards) and 440 total yards. The Clemson defense also committed nearly 100 yards worth of penalties on eight flags in the Friday night clash.

“They run their base play and we have three runs on the first drive that we don't fit right,” Venables said, recalling what went wrong in the Carrier Dome last season. “We were lined up. We had plenty of time. Had our hand in the dirt and our eyes on our key and we don't fit the run right...They go for 8, 8 and 7. You can't play defense. Nothing is good if you can't do those basic fundamental things.

“It ain't late in the game. Late in the game is a byproduct of not doing everything right early in the game starting with the first drive. You don't get control of the game when you're air-balling layups. To me that's where it starts. Absolutely we'll show (the film) to them."

Syracuse starting quarterback Eric Dungey proved to be as much of a threat on the ground as through the air against Clemson’s imposing front-seven, totaling 61 rushing yards on five scrambles and helping Syracuse convert third-and-short runs at an 80 percent clip in his time on the field.

The senior has thrown for nine touchdowns to one interception and averaged 8.4 yards per pass in the Orange 4-0 start this season, adding 354 rushing yards (6.9 per carry) with four more scores.

“They have good players and a quarterback who knows what to do,” Venables said. “The ball gets there fast. Their ability to run the ball, whether it's the quarterback as a runner, designed runs or buying time with his legs. Those are the toughest guys to defend. That they can do both - throw the ball down the field with accuracy and have the designed quarterback run game that requires extra hats to stop and the overall moxie and intangibles and instincts and decision-making and things of that nature that Dungey presents. He's an excellent player.”

Syracuse runs a tempo-driven offense that’s averaged 87 plays per game versus FBS opponents this season (7th-most nationally). Syracuse had nearly 35 minutes of possession (34:52) last year versus Clemson with 83 plays to the Tigers' 57, which were playing multiple QBs due to injury.

Venables counts knowledge as key to defending the Orange no matter what tempo they are running.

“To me the goal is take away the advantage by knowing what to do. Getting lined up and playing with technique and just having a sense of urgency and desperation to get lined up and be in position to play good fundamental, sound football.”