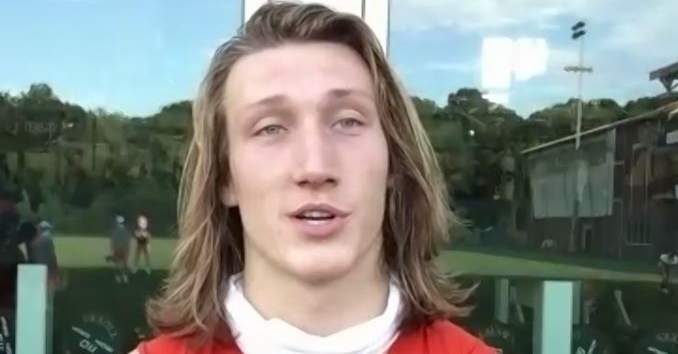 Darien Rencher has been at the forefront of making sure the players' voices are heard.

Sports leagues across the country shut down in March to slow the spread of COVID-19, but by the time the calendar turned to August, the PGA, NASCAR, MLB, NBA, and NHL had all found ways to adjust and return to action. The NFL had their draft and remained on track to start on time. It therefore felt reasonably safe to assume college football would start as well – at least at the highest level. Many non-conference games had been canceled, but with the release of the new conference schedules, everything appeared on track. Testing even seemed to be going well and positive cases settled at consistently low numbers.

Clemson has conducted 800 plus Covid tests on athletes and staff. There are currently zero active positives and no one in isolation. Next round scheduled for August 3rd

Things started to change on August 8th when the MAC became the first FBS conference to cancel their season. Shortly thereafter, rumors began swirling that the Big Ten and Pac-12 were on the verge of doing the same. If they canceled, the fear was the rest would follow.

That’s when two Clemson players started the #WeWantToPlay movement to save college football. Clemson QB Trevor Lawrence took to Twitter to explain how players may be at more risk if the season were to be canceled. He suggested that being at football facilities with frequent COVID-19 testing and a strong incentive to avoid infection is as safe or safer than being sent home where social distancing would be less likely and medical care may be inferior or costly for families.

Lawrence and his good friend, backup running back Darien Rencher, used social media to organize a virtual meeting with players from the each of the Power Five conferences including some from Alabama, Ohio State, Michigan, Oregon, Stanford, Washington State, and Oklahoma State. Star players Justin Fields (QB-Ohio State) and Najee Harris (RB-Alabama) were in the meeting. It concluded with players agreeing on six key points and sharing them on social media: 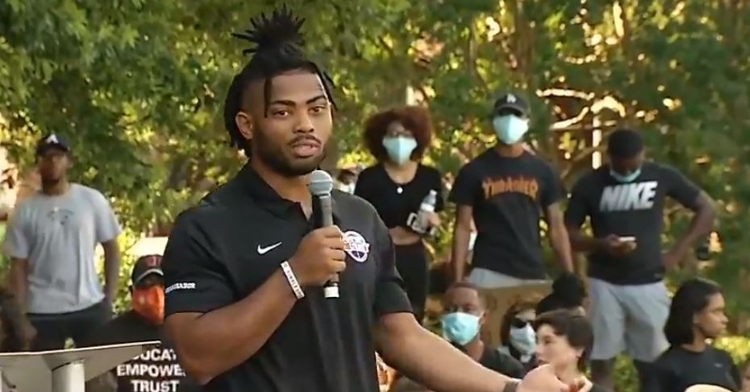 Darien Rencher has been at the forefront of making sure the players' voices are heard. "

Darien Rencher explained “We were digging deep, and we found something. … It’s not just for us. There are so many people around the country that need to watch sports.”

Despite the massive attention this player-led movement generated, the Big Ten called off the season for their 14 teams the next day. The Pac-12 predictably followed suit. The SEC and ACC were for the time being sticking with their plans to play while the Big 12 was supposedly “on the fence” and set to meet and announce a decision soon.

All this news only made the #WeWantToPlay movement explode even more. To date, the graphic Trevor Lawrence tweeted has received over 60,000 likes and over 15,000 retweets including one by the President of the United States in which he lent his support. Many players, such as Penn State QB Sean Clifford, shared their agreement and it became clear that most players wanted to play.

This push may have helped the Big 12 stand strong against the onslaught of pressure to cancel. We’ll never know the extent to which it helped, but it appears to have made a difference. When the dust settled, only one legitimate National Championship contender – Ohio State – was out of the mix and season remains alive.

For those who say the season will lack legitimacy, I remind you that the Big Ten and Pac-12 have been absent from the National Championship Game for each of the last five seasons and won just one of the past 15 championships. College football remains on track for a legitimate fall season, but the fight isn’t over yet!

If Major League Baseball has shown us anything about how a regular season with COVID-19 goes (as opposed to a playoff in a bubble like the NHL and NBA), we know it’s not going to be smooth and easy. For example, most MLB teams are 20 to 25 games into their schedule, but the St. Louis Cardinals have only been able to play 10 games due to positive COVID-19 tests. The Miami Marlins had an outbreak with 18 players testing positive, and social media was quickly abuzz with calls to end the season. MLB held firm, postponed games, and figured it out.

College football may face similar situations. We’ve already seen stories come out shortly after the ACC chose not to cancel their season about Syracuse not testing often enough and Florida State not being transparent.

Something I never expected to be thankful for in 2020 was ACC Commissioner John Swofford’s leadership, but he has done a great job getting us here and his experience will be needed as the ACC faces the many challenges ahead. As the new “Power 4” conferences (ACC, SEC, Big 12, AAC) forge ahead, expect hiccups and imperfection, but with good leadership, we can have an amazing college football season.

“As a result of the great work being done by universities across the conference related to testing and safety protocols, your No. 1-ranked Tigers are prepared to start their season at Wake Forest on September 12," Clemson president Jim Clements said recently.