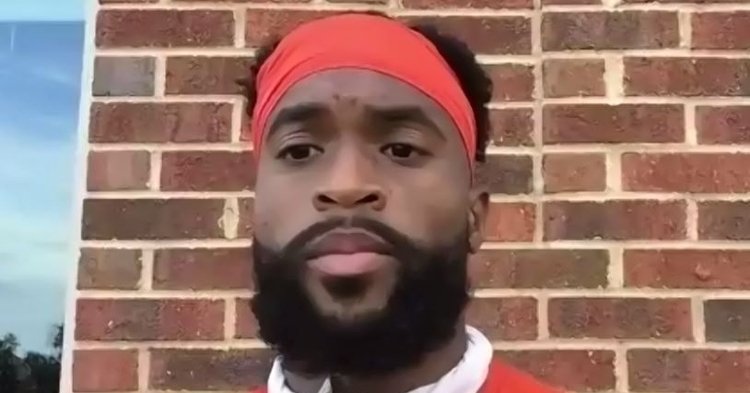 Rodgers is now the old man in the receivers group and always a great interview. He enters 2020 with 104 career receptions for 1,124 yards with eight receiving touchdowns in addition to six career rushing attempts for 46 yards and a touchdown in 43 games (25 starts). He is also a big contributor on special teams and enters 2020 with 59 career punt returns for 465 yards (7.9 avg.) including a punt return touchdown. He is one of only five Clemson players since 2000 to record touchdowns by rush, reception and punt return in a career.

Quick notes from the interview, with the longer story in the morning:

*Despite the injuries and absences at wide receivers, Rodgers said it hasn’t been strange and everybody comes ready to play. Said it shows how deep the wide receivers room is.

*During the time when he was at his home, he worked out with his dad, former Tennessee star (and current assistant coach) Tee Martin. He said it was great to be coached by his dad. “It’s always great getting advice from my pops. He knows what he is talking about and it’s a blessing he is my father.”

*Said that Frank Ladson and Joseph Ngata – who have missed time for COVID protocols, are in the process of getting back in football shape. He said the duo are two of his best friends and they are working on getting their speed back.

*When he tweeted out a few weeks ago that he was in favor of a players’ union, he didn’t understand that complexities of what a union entails and now is more in favor of a players’ association. Said he had to educate himself on it. He also said he is a veteran and is happy to be a part of getting something started.

*Said there are no concerns about students being back on campus. He said as long as they follow the rules they will be fine. As a leader, he will mention what the younger players should be doing, but he feels like the team is dialed-in and mature.

*He said the team had zero positive COVID tests on Monday.

*The extra year of eligibility granted by the NCAA is a good thing, Rodgers said it’s a good thing for Braden Galloway and he is excited to see him play this season.

*Has played a little 9-man in camp (outside receiver). Said he hasn’t touched that spot since he’s been there. Less space to work with, and had to pull some things out of his toolbox and will be better for it.

*Mentioned cornerback Andrew Booth (green jersey Tuesday) as a player that he has really noticed. He said he has been a mentor for Booth, said he has a “dog” in him and is excited for him. On offense, he has noticed Kobe Pace, said he is very fast for his size and blocks for the quarterback.

*CJ Spiller has been at practice since last week. Rodgers said he will make sure he picks Spiller’s brain and ask what he sees. Adding a legend to the coaching staff is great and he is hoping to see what he can do.

*Now can say he was never at full-strength (knee surgery) with his knee and the knee brace slowed him down last season. Now he is as strong as he’s been.

*This is his senior year and he wants to be healthy and create value for himself. Said that is what has motivated him all offseason and he has put in the work so he can be ready for his team and can go play.

*Says both DJ Uiagalelei and Taisun Phommachanh are very poised. They are getting the best out of each other.

*Justyn Ross, who had offseason surgery for a congenital fusion in his spine and is out for the 2020 season, has been in meetings and at practice, has great energy and a great mindset.