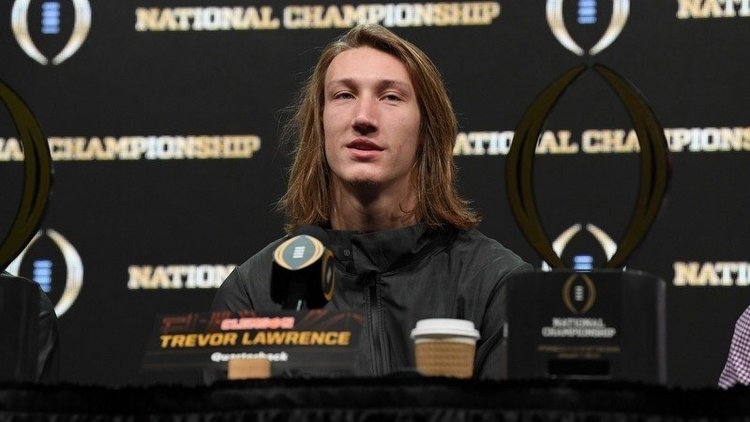 CLEMSON – Trevor Lawrence watched a replay of the season-ending injury to Alabama quarterback Tua Tagovailoa and knew he needed to reach out.

Tagovailoa was tackled from behind late in the second quarter of last weekend’s 38-7 victory over Miss St. Tagovailoa immediately threw off his helmet and began screaming in pain. He was immediately airlifted to a local hospital and had surgery Monday morning for a dislocated hip and posterior wall fracture.

Lawrence has been lifted for backup quarterback Chase Brice early in the second half in most Clemson games this season. The strategy allows the backups to gain needed experience and also shields Lawrence from an injury with the game out of hand.

Lawrence said he understands why Tagovailoa was in the game and wanted to reach out his friend.

"I mean, I just hate it for him. I met him over the summer and I wouldn't say we're super close, but we're definitely friends," Lawrence said. "I send him a text every now and then. I shot him a text when I saw it, and just praying for him and his family. But it's just a hard situation because I see what Coach (Nick) Saban's trying to do. It's only the second quarter, trying to get some reps. So I understand it, but it's also really unfortunate and sucks that happened. But definitely praying for him and I hate it for him."

Statistically, Tagovailoa was outstanding again this year, posting 2,840 passing yards, 33 touchdowns and only three interceptions. He averaged 11.3 yards per attempt and recorded a 71.4 completion percentage. He only lost two games – to Clemson in the National Championship last January and to LSU a few weeks ago.

The injury likely means the end of Tagovailoa’s college career, and Lawrence said it’s a stark reminder to cherish each and every moment.

“I think the biggest thing is that to enjoy and appreciate every moment because you never know when something can happen," Lawrence said. "It's, obviously, a violent game and you just never know. Anything can happen at any given moment. So, just appreciate it and enjoy it."

Lawrence and Tagovailoa didn’t connect in California last January, but met at the Manning Passing Academy last summer. The two superstars immediately hit it off.

"We got to talk and it was just cool talking to him. We’re going through the same things. And just hearing how he deals with it and some of the cool stuff that he’s been able to do speaking at different things. And kind of how he stays levelheaded with all that stuff was really cool.”