We’ve written before that Clemson running back Travis Etienne is chasing history this season, but an inside look at some of the numbers gives an even greater appreciation for what the rising senior out of Louisiana has accomplished. 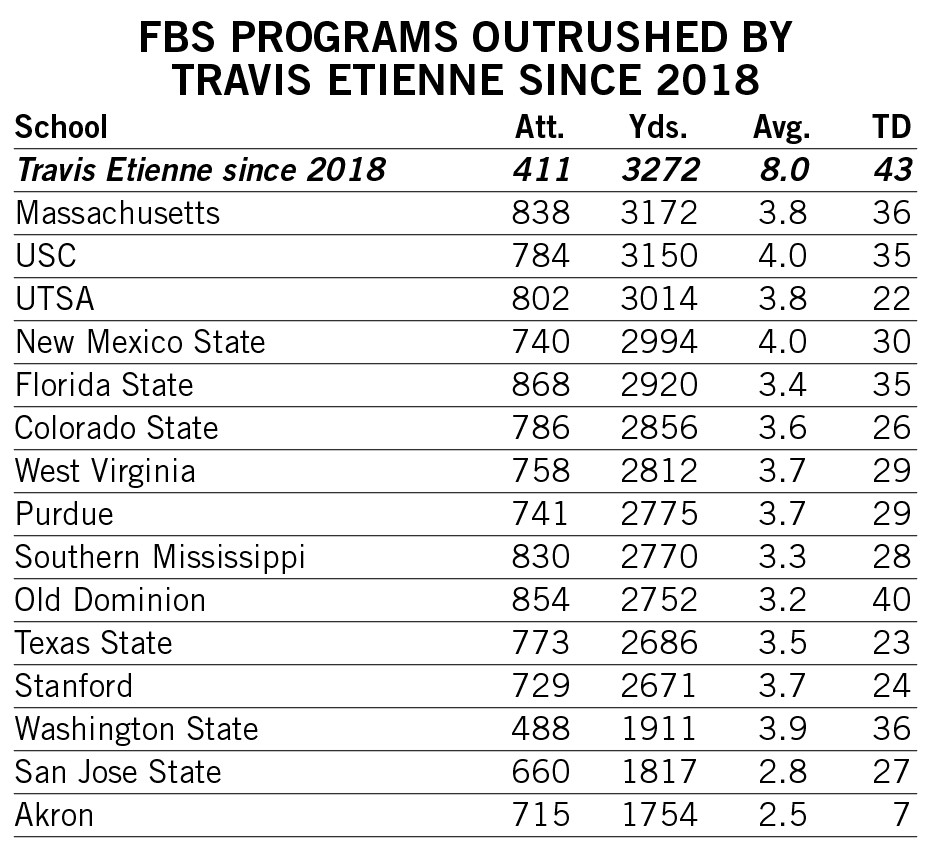 Etienne has outrushed entire programs since 2018

*Etienne’s explosive 2019 season opener resulted in an average of 17.1 yards per carry against Georgia Tech, which at the time was the second-best single-game average of his career (19.1 vs. Louisville in 2018). Against Louisville in mid-October, he ripped off 192 yards on 14 carries for a 13.7-yard average, and in early November, he posted a career-best 23.6-yard average on nine carries for 212 yards against Wofford.

Etienne’s 12 games averaging double-digit yards per carry on at least five attempts has passed Colin Kaepernick for the most by any FBS player since 2000. 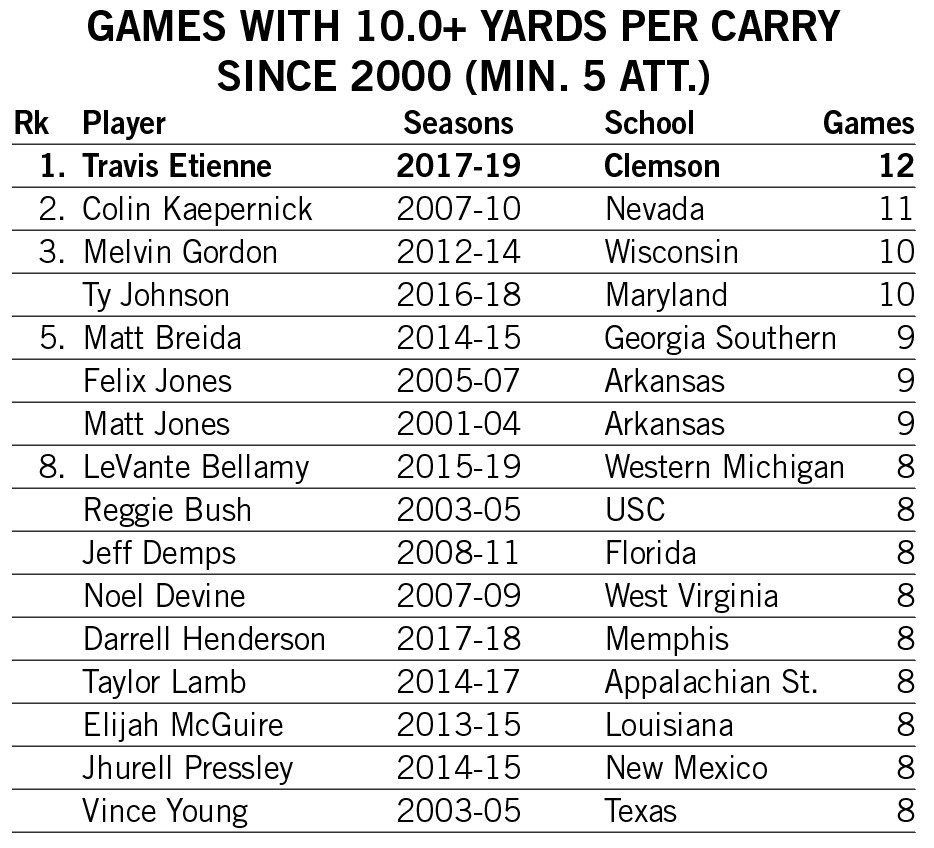 *Etienne averaged at least 7.0 yards per carry in each of his first three seasons. Etienne is the only FBS back since 2000 to average 7.0 yards in three different seasons and joins Kaepernick (three years) as the only two FBS players at any position to accomplish the feat.

After entering the year with 17 career receptions for 135 yards and two touchdowns, Etienne was much more involved in the passing game in 2019, recording 37 receptions for 432 yards and four touchdowns. His 432 receiving yards in 2019 ranked as the third-most in a season for a running back in Clemson history, trailing only the 2008 and 2009 production of Clemson legend C.J. Spiller.

A similar performance in the passing game in 2020 could help Etienne join elite company in college football history. Only 11 players in FBS history have finished their careers with at least 4,000 rushing yards and at least 1,000 receiving yards. Etienne has already exceeded the 4,000-yard mark on the ground for his career and enters 2020 with 567 career receiving yards. With 433 receiving yards in 2020, Etienne would become the 12th FBS player all-time to join the 4,000/1,000 club. 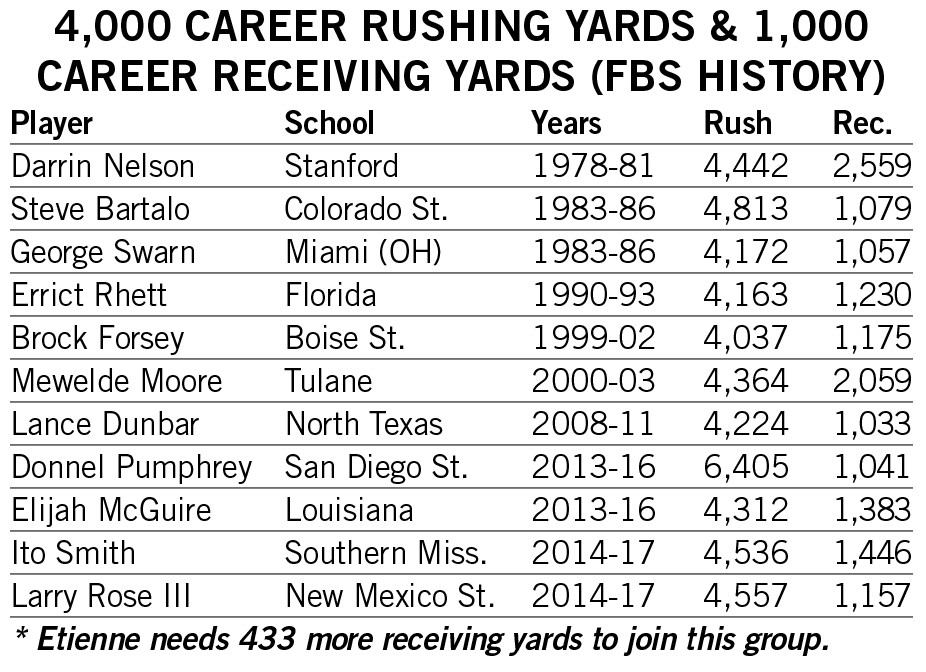