It seems like at least once every two days I get an email with the same question, and I see it a lot on the board: What is wrong with Clemson’s recruiting?

The simple answer: Nothing yet.

The general perception is that Clemson recruiting is struggling, and when the news came across on Wednesday that linebacker prospect Isaac McDonald was not only no longer being recruited by Clemson but was also no longer a commit, the questions came back.

Many people point to the fact that the Tigers now have just six commitments for the 2013 class, and they wonder if the Tigers are falling behind in a college football version of the arm’s race.

It also doesn’t help matters when several schools already have more commitments than the Tigers will even take in this recruiting cycle. Clemson plans to take 16-to-19, and Michigan already has 21 commitments (14 4-star guys) while Georgia – a school in Clemson’s back yard – has 19, nine which are 4-star guys. Even arch-rival South Carolina has 15 commitments, nine of which are 3-star prospects.

Adding to the concern is the fact that Florida has also had an impressive early recruiting haul, and several of those are prospects that were not only high on the Tigers but even had a few that had the Tigers as leaders at one point. Florida currently has 16 verbals, nine 4-stars and seven 3-stars.

However, in doing some research into last year’s solid recruiting class, the Tigers only had four commitments on board at this time a year ago – Shaq Lawson, Germone Hopper 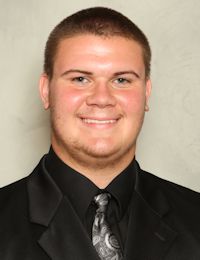 View Full Profile . It was at this juncture of the summer, however, that the commitments started pouring in. 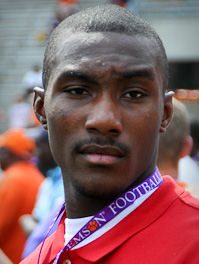 View Full Profile went the day after Geohaghan, and the next week saw quarterback Chad Kelly

View Full Profile announce their plans to attend Clemson, and the Tigers were off and running.

Indeed, it seemed the Tigers had filled many of their eventual spots by the end of the summer, and were able to concentrate on a few key players as the season progressed.

The good news is that the Tigers are on about the same track as last season. But with Dabo’s camp opening next week, it also be nice to see some of those 2013 dominoes begin to fall just as they did a year ago.