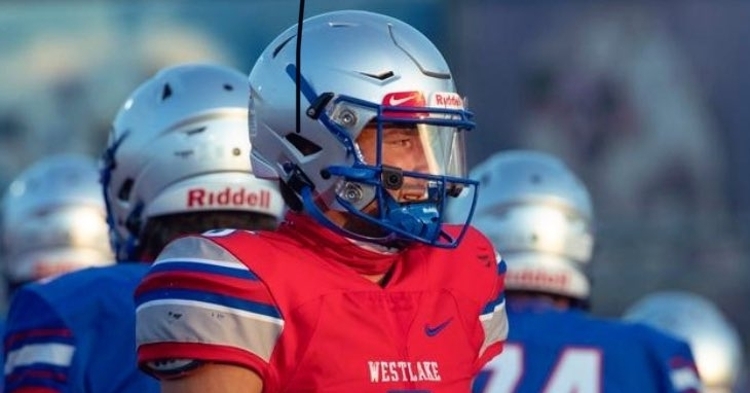 Klubnik is hopeful of a Clemson offer.

One of Clemson's top quarterback prospects for the 2022 recruiting cycles has had a busy month.

Cade Klubnik (6-3 178) of Austin (TX) Westlake is a 4-star that recently led his Westlake High team to a second straight 6A-Division 1 state championship. Then, more offers have been rolling in with Texas A&M, the alma mater of both parents, the latest big one. Florida State also was a recent offer. Plus, he has offers from Texas, Auburn, Arizona, Arizona State, Baylor, Georgia, Arkansas, Missouri, North Carolina, Virginia, Mississippi State, and others.

Clemson continues to show very strong interest in Klubnik. He and quarterbacks coach Brandon Streeter have talked often over the past few weeks. Streeter has told Klubnik everything he wants to hear except the four magic words….you have an offer. But he might hear those words soon.

“Hopefully,” Klubnik said. “I was just on the phone with their whole offensive staff Tuesday. It’s going really well. I think they are liking me more and more every week. They really liked the way I played the last couple of weeks. Obviously, they love my game, that’s for sure. I think they are just continuing to build the relationship and getting to know me and all of that. Just continue to build relationships thru all the staff.”

Klubnik has long held a strong interest in Clemson. He and his family visited in October, and an offer from the Tigers has been one he has coveted as part of his recruiting process. The fact he’s yet to receive one has not damaged his feelings about the program.

“I like them a lot,” Klubnik said. “I’m not in any rush anyway. We’re just kind of talking every week. That’s kind of that. Just continuing to build the relationship.”

The offer he just got from Texas A&M was a special one for Klubnik.

“Pretty happy about it,” he said. “A&M is pretty new. I haven’t talked to them a ton. They kind of just jumped in. We’ll see with that.”

Klubnik said Clemson, Auburn, North Carolina, Georgia, Texas, Texas A&M, and TCU are just some of the schools he’s been talking to with regularity, and he’s still open to all his offers and others who are interested. As for deciding on the eventual winner, Klubnik has no special plans.

“It’s just going to be kind of a gut feeling,” Klubnik said. “I think just re-evaluating everything and making sure wherever I want to go is the right choice. Then I’ll pull the trigger on it. To be honest, the schools that I really talk to, they know if I’m interested in them or not. For me and those schools, they know if they are one of my few schools that I talk to.”

In leading his team to a state title this season, Klubnik passed for 3500 yards and 35 touchdowns. He completed 62% of his attempts with just 3 interceptions. He also rushed for 15 touchdowns.