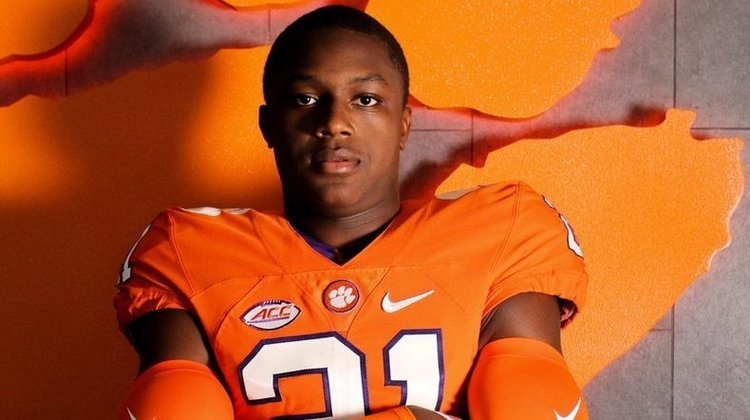 One of Florida’s top defensive prospects for the 2020 recruiting cycle was on hand for Clemson’s annual Orange and White Game last Saturday.

Four-star cornerback Jalen Harrell (6-2 180) of Miami (FL) Miami Central is rated as the No. 17 corner in the nation according to Rivals and the No. 18 prospect overall in the state of Florida. Harrell has a Clemson offer along with offers from Florida State, Miami, Arkansas, Georgia Tech, Kentucky, Louisville, Maryland, Nebraska, Pitt, Tennessee, South Florida and Central Florida.

Saturday’s visit put Clemson in a good spot with him moving forward.

"I liked the family atmosphere, everyone is family on their team, and I believe that's where they separate themselves from others," Harrell said. "It was great to see the national champs live. I got a chance to talk with coach (Mike) Reed and (coach Brent) Venables, but the conversations were brief with a lot of things going on."

Harrell said he focused on the play of the cornerbacks during the spring game and got a good look at the talent the Tigers have in those positions and how they are coached.

"I must say it was good cornerback play for the most part and I liked how they were running man, which I'm used to with my high school team who runs man a lot as well," he said. "As far as coaching, I saw coach Reed in a players face telling him about a missed assignment, but that's pretty much it."

Harrell also has visited Miami three ties this spring. He's also been to Florida State and will visit UCF this week.

"I enjoyed Clemson the most," Harrell said. "Clemson is still definitely in my top group with Florida State, Penn State, and Miami. “

“The conversations I had with the coaches were brief,” he said. “There really was just a lot going on.”