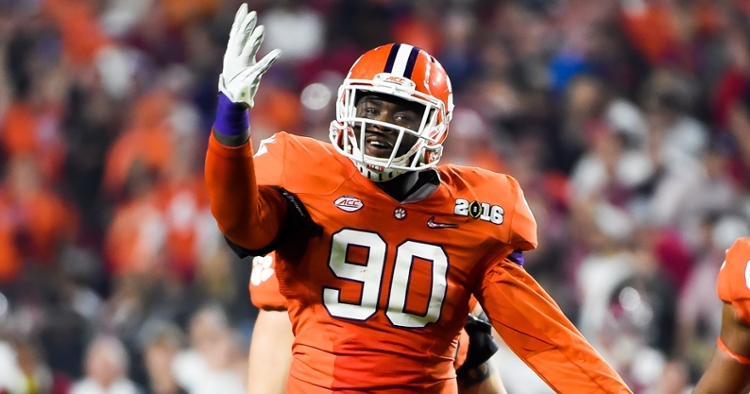 Shaq Lawson posted one of the better seasons in Clemson history in 2015.

The TigerNet Top-5 for Clemson football is analyzing the top players by position in the ACC era (1953-on) -- starting on the best defensive ends here.

Why he’s here: Lawson launched his campaign as a top defensive end in Clemson history as a junior in 2015 with a nation-leading 25.5 tackles for loss and an ACC-best 12.5 sacks.

Lawson also earned freshman All-American honors with 10 tackles for loss in his 35 stops and four sacks over 13 games. He was a key reserve in 2014 on a Clemson defense that finished No. 1 in yards allowed and tackles for loss (Lawson contributing 11.5; second-most on team).

Lawson was drafted in the NFL draft’s first round by the Buffalo Bills at No. 19 overall. He recently signed with the Miami Dolphins.

Who fills out your top-5 Clemson DEs in the ACC era?