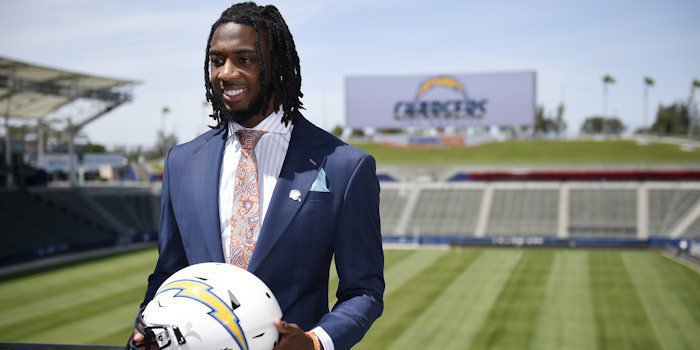 Dabo Swinney keeps reeling in 5-star players, and he keeps sending players to the NFL.

The NFL loves the spectacle of the annual draft, but it’s way too long, too commercial and has too much Mel Kiper. But the three-day celebration shows each year that Clemson is not only winning games and recruiting at a high level, but they are also sending players to the professional ranks.

Clemson’s six selections ranked tied for eighth in the nation. Michigan had the most with 11, while Alabama had 10. Miami (FL) had nine, while LSU, Florida, and Utah had eight apiece. Ohio State had seven, while Clemson, North Carolina, and Tennessee had six apiece.

Williams and quarterback Deshaun Watson made NFL Draft history on Thursday, becoming the first quarterback and wide receiver from the same team to be chosen among the first 12 picks in the draft.

That ended when the Houston Texans took wide receiver DeAndre Hopkins with the 27th overall pick, and the streak continued in 2014 when wide receiver Sammy Watkins was selected fourth overall by the Buffalo Bills.

The Tigers had two first round picks in 2015 with Stephone Anthony and Vic Beasley, the first time since 1982 that the Tigers had two different players taken in the first round. The Williams and Watson combo was also the first Clemson combo to go that early for the Tigers since defensive end Jeff Bryant went sixth overall to Seattle, and Perry Tuttle went 19th overall to Buffalo in the 1982 draft. Coincidently, their selections also followed a Clemson national championship season.

The Tigers also had two first rounders in 1979 with Jerry Butler (5th) and Steve Fuller (23rd).

That’s a lot of history, but I use it to show that even though Clemson has a reputation of putting players in the NFL. Starting with the 2009 Draft – the year after Swinney took over – the Tigers have had 48 players drafted in nine years. There were a total of 51 players selected in the previous 18 years.

Swinney and company are not only producing NFL talent; they are producing early-round talent. Like recruiting, those kinds of numbers show something is working in the upstate of South Carolina. A championship trophy bears that out as well.