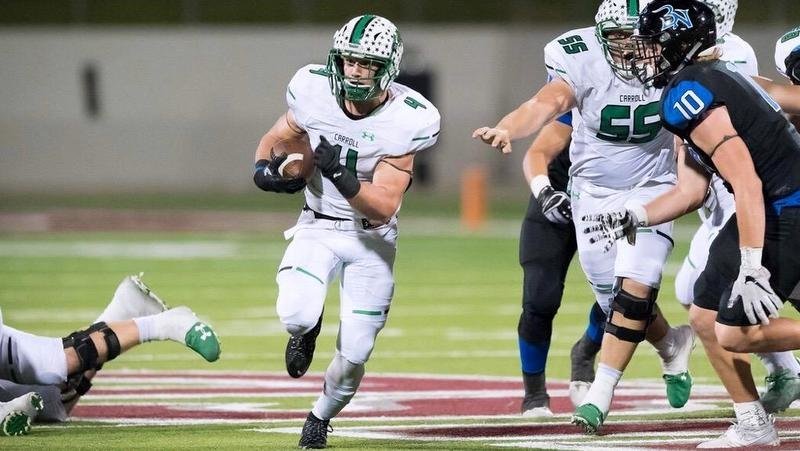 The Clemson coaching staff made a stop in Texas earlier this week and one of the top running backs in the Lone Star State wound up with a Clemson offer.

“It was a typical day of the offseason. The college coaches are always around and I know that the Clemson coaches were here to check out another kid,” McDaniel told TigerNet. "They were there to see RJ and coach (Hal) Wasson (his head coach) said you gotta see this kid, so he showed them my film. They watched enough film and made the offer. Coach Venables tried to recruit my brother when he was at OU, but I know that Oklahoma at that time didn't want to recruit a white running back.”

McDaniel has also been receiving early recruiting interest from schools like Houston, Michigan State, and Notre Dame among others. He was a unanimous selection for 5-6A all-district and also earned honorable mention all-state honors as a junior in 2017.

What does he think of picking up an offer from the Tigers?

“This offer is great, especially for my first major offer to come from one of the best four teams in the nation,” he said. “It was kind of random and I wasn't expecting it. But it happened and it's great and I am super thankful for it.”

A visit to the Clemson campus is next.

“I don't know much about Clemson except for the slide and they have some of the best facilities in the nation,” McDaniel said. “I know the campus is beside a lake and really beautiful but I will probably take a visit here in the next couple of weeks with R.J. Mickens, who is one of our other athletes at Southlake. We have talked about it and just need to find a time to go, so we will probably be down there pretty soon.”

McDaniel then said that he doesn’t care about staying in state, he just wants to make an impact.

“It's not so much about staying home or in Texas, it's more about who is going to play me and where I can make an impact my freshman or sophomore year,” he said. “That is what it is going to come down to, and when it comes time to make a decision I will sit down with the program I am interested in and ask them where they see me fitting in the program. I am not going to a school just to sit on the sideline, I am going to a school to make an impact on the team and win National Championships. If it happens to be Clemson, great. But it could also be on the West Coast or up north.”

McDaniel said he draws comparisons to his brother.

“People say I have a lot of my older brother in me. Everyone says I remind them of him when he was in high school,” he said. “Other people have said I run like Christian McCaffery, but I think the main reason is I am a white running back and he's a standout white running back. But when it comes to being compared that is who they compare me to.”