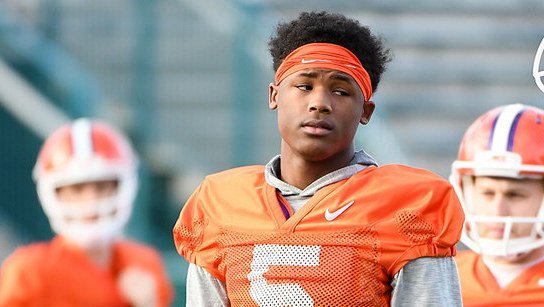 Higgins is hoping to earn a starting spot

Higgins also knows that he must work for that spot.

"Those games gave me a lot of confidence so it's helping me out knowing that I can compete at a level like this is pretty good,” Higgins told TigerNet last week.

However, he knew there was work to do, especially if he wants to earn a starting spot.

"Everybody's competing, you've got to come out and work,” Higgins said. “Spring is that time coaches are evaluating you and it feels good to come out here and compete with the other guys.”

"Just go out there and work. You don't have a spot, nobody has a spot,” Higgins said of Scott’s message. “We're going to go out there and evaluate you and just do what you do. He's been working everybody hard. Coach Scott, he's one of those coaches that's on you every play no matter what."

Higgins said there are lessons learned last season that he wants to apply this spring.

"It's a different speed, way more physical and that's the biggest things I learned and what I'm working on,” he said. "Just getting physically, more stronger and working on my releases and the little things. "I'm getting better at my releases and stronger at catching balls."

Higgins said that while he knows the departure of receivers Deon Cain and Ray-Ray McCloud opened up a potential starting spot, he didn’t see the duo as competition.

Higgins says he wants to weigh 210 pounds by the start of the season, adding nine more pounds to the 201 he brought into spring practice. In the meantime, he’s watching Clemson’s quarterback competition from a front row seat.

"It's great, all the guys are throwing well and it's a great competition out there and I love every single one of them. They all can throw good,” Higgins said.