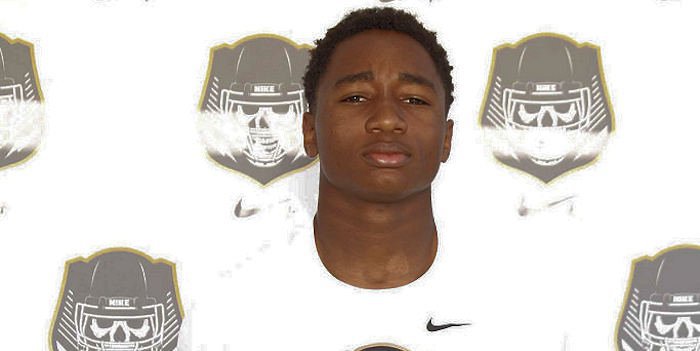 What does the summer schedule look like for a recruit that has 28 offers from schools that include Clemson, Alabama, and Florida State?

TigerNet touched base with Asante Samuel, Jr. this week and learned where Clemson stood for him in his long list of offers. Samuel is a 2018 cornerback from Fort Lauderdale (FL) St. Aquinas.

“On the top of my list I have FSU, Clemson, and Miami. I would say Clemson is definitely top 3, maybe even top 2” Samuel told TigerNet.

Samuel said his favorite schools stand out to him for a lot of the same reasons- tradition, fan bases, campuses, and academics. But when asked about Clemson specifically, Samuel said the coaches and the success the players coming out of Clemson have had help place the Tigers at the top of his list.

“The coaching staff definitely stands out. They have been getting a lot of players to the NFL lately.”

The Tigers having 9 players drafted in the 2016 NFL Draft made quite an impact, especially for Samuel, son of former NFL cornerback Asante Samuel who won two Super Bowls with the New England Patriots and also was named to four Pro-Bowls.

Samuel, who had 17 tackles and five interceptions last year, said his Dad isn’t getting involved in his recruiting, however. "He is staying out of it. He tells me to do what is best for me."

Samuel plans to take a trip this summer and stop at all of the colleges on his list, definitely making a visit to Clemson before the summer is finished. Since Samuel is a rising junior, he explains how crazy things have gotten lately.

“Everything has just kind of come in all at once. Everyone can start talking to me soon, so I am just enjoying the process. Whatever happens happens.”

When talking about his playing style, Samuel explained to TigerNet, “I step up and make plays when the team needs it. I am a team player and I do whatever is needed for the team. I play based off of instincts.”

Since his Dad is staying out of his recruiting process, Samuel might need those same instincts to kick in off the field to see where his new home will be in 2018.