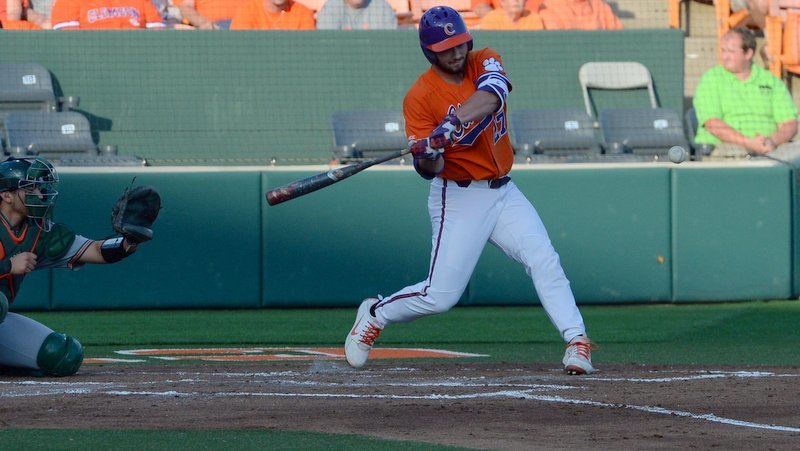 Chris Williams has had an impressive senior campaign

CLEMSON- Slow and steady wins the race for Chris Williams.

First baseman Chris Williams has had a more than impressive senior year. Williams has 17 homers, including a grand slam, and has helped lead the Tigers in hosting a third consecutive NCAA Regional.

Williams credits his consistent hitting and fielding abilities to slowing down the game and simply taking it game by game.

“Honestly my ritual right now, like my approach now, is just to slow everything down,” Williams said. “That’s really helped me the past month or so, just slowing everything down, slowing the game down, taking it game by game. Having a game plan at the plate every time I go up there now and not just trying to throw away any at-bats.”

The term nobody’s perfect applies to Williams as well, but all in all, it has been a successful season with life-long friends.

“You know like there have been times this year when I wish I could have done a little bit better, but you know it’s baseball. The good thing is like a month ago I kinda let everything go, and was just like I have to move forward, and then I realized I am actually having a really great season with all of my best friends. I'm just trying to enjoy it because it is my last year,” Williams told TigerNet.

In 2017 Williams was drafted in the 31st round of the MLB draft by the Tampa Bay Rays but decided to remain in Clemson for his senior year, which according to Williams, hasn’t carried any regrets.

“Definitely, there are no regrets,” he said. ”I look back and I am happy with my decision, to be able to play at Clemson one more year, it’s going to be incredible. This year has been amazing, and it’s been a great year and I know we’re not done yet, but just looking back it’s been amazing.”

“It’s really cool to be national player of the week, but that’s in the past, and we need to focus on the present,” Williams said. “This is the most motivated group I think we’ve had in years. You know the past two years, like I said, earlier we were just happy to host the regional but this being the third time around, it’s business and we are here to win.”

This seems to be a team mentality according to Williams.