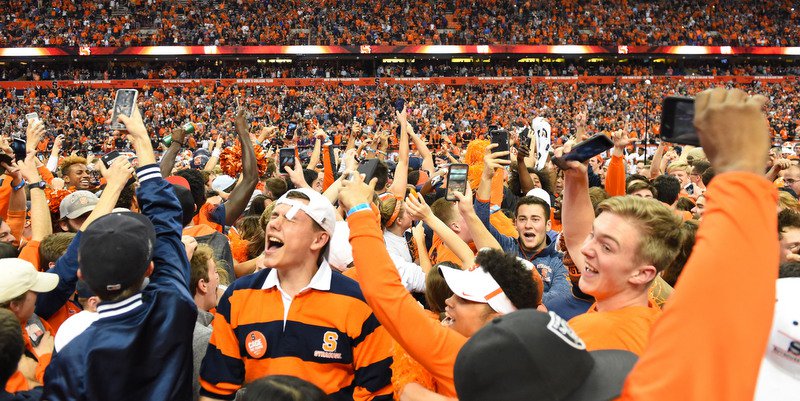 Clemson’s players spent a lot of time this past week talking about their upcoming off week and how much they were looking forward to it.

Well, it’s not going to be nearly as enjoyable as they expected.

When a team plays like Clemson played Friday night at Syracuse and makes as many mistakes as the Tigers made, there is going to be a lot to clean up during the off week.

Clemson’s first loss of the season came as the Tigers looked unfocused and unprepared for a lot of what Syracuse was doing. It was stunning to see Clemson look like that on both sides of the ball because that hasn’t happened in a long time. Even in the Pittsburgh loss last year when the defense didn’t play well, the offense rolled up a lot of yards and played well enough to win outside of some turnovers.

On Friday, Clemson didn’t play well enough to win in any phase.

The offense had a questionable game plan. With a banged-up quarterback in Kelly Bryant, who probably shouldn’t have started the game, Clemson didn’t focus on the ground game and play field position.

Travis Etienne had five carries for 68 yards, while Tavien Feaster had seven carries for 57 yards, and they both had a touchdown. Combined, they averaged more than 10 yards per carry, but they only had 12 carries between them. Twelve.

Bryant threw the ball OK, but it was pretty obvious he was limited physically by his injured ankle, and he got banged around even more in this game as the offensive line and running backs struggled mightily to protect him. And then came the nightmare scenario when he was knocked out of the game.

Zerrick Cooper was OK, completing 10-of-14 passes for 88 yards in relief, but even with him on the field, the Clemson passing game just didn’t do much. Where was Hunter Johnson by the way?

Defensively, there were enough mistakes to last an entire season. The defensive backs appeared to be lost all night, and that led to big play after big play and big conversion after big conversion. Syracuse converted 8-of-19 tries on third down and both of its fourth-down attempts as it kept Clemson’s defense on the field for most of the game.

Clemson surrendered 440 yards and 28 first down and made lack-of-focus mistakes throughout the game. The Orange had 278 yards passing and 162 rushing (on 50 attempts) as they controlled the action against the Clemson defense.

The Orange finished with 83 offensive plays, while the Tigers had just 57. That’s a number that is usually flipped in Clemson’s favor, but the Tigers couldn’t get off the field on third and fourth down in key situations, and they couldn’t convert their own third- and fourth-down tries with much regularity (2-of-11 on third downs and 0-for-1 on fourth down). It’s hard to win like that.

Then there’s the kicking game. Alex Spence missed two more makeable field goals, and that really hurt the Tigers’ chances. It’s hard to say Spence cost Clemson the game because there were plenty of mistakes to go around by the offense, the defense and the coaching staff, but Spence’s struggles since taking over for Greg Huegel continued. It would be understandable if the coaching staff doesn’t have much confidence in him moving forward.

But move forward the Tigers must. The season is barely half over, and Clemson just suffered its first loss, so there is still a lot to play for. This program is resilient, and that was evident last year after the loss to Pittsburgh.

Still, the Tigers have to play, coach and prepare better than they did against Syracuse for those thoughts to have any true meaning the rest of this season.

And that starts with the upcoming off week.