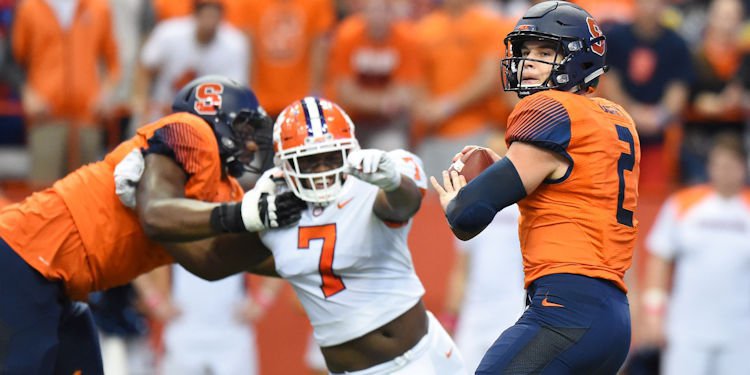 CLEMSON - No. 2 Clemson football’s next game being hailed as the biggest game has been the mantra under Dabo Swinney for years now. No matter if the opponent is from the ACC, Sun Belt or SoCon.

With the also 4-0 Syracuse Orange next up (noon Saturday, ABC), revenge for last year’s 27-24 shocking upset has been a topic quickly dispatched by Swinney and Clemson this week.

“No, the idea of a bad memory and a bad taste in my mouth is certainly a motivating factor,” Swinney said Tuesday, “but we're not out to get revenge. They won a football game. They outplayed us. They outcoached us. They beat us. This is a new season.”

“They came ready,” said junior defensive tackle Dexter Lawrence. “We're just focusing on our next goal and our next goal is to win this week. I wouldn't say revenge - we just focus. It's no different from last week's game preparing. It's getting the game plan and going and doing it.

“We didn't show up (last season). They beat us - they out-coached us kind of deal. We have to do everything we can for that not to happen again.”

With the offense in flux in last year's meeting due to Kelly Bryant’s injury, much of the focus falls on some surprising struggles from the Clemson defense in the effort.

Swinney says the Clemson defense is equipped to handle that style of offense in Memorial Stadium Saturday, with the right level of execution.

"Our calls are easy. We don't (call) red left-slot sprint-right-option-z curl-'Funky Cold Medina.' We don't have that," Swinney said, pausing with a laugh. "I don't know where (that call) came from. That was a great song though...The biggest thing is we have to do a great job of giving the call. And the whole purpose of that (Syracuse's offensive style) is to make you simplify. And not be able to be as elaborate as you want to be. Not be able to sub like you'd like to. That's really the whole purpose of that.

“You've got to get the call in and make sure you have a catch-all call. Because they may come out in something crazy. You gotta have some base rules...You just have to be very disciplined and get lined up and key the ball. Because when the ball is snapped, that's when the game is played. You can't get distracted by all the stuff they're trying to create distractions with. It's a challenge for sure...We're figuring it out.”

“We've been serious throughout the summer and fall camp and the first four games. We try to tell ourselves not to have that type of game,” said Lawrence of the No. 4 total defense nationally (251.8 YPG). “Not have the type of season where we have to lose a game to get serious it's kinda shown on the field.”

And serious they did get, moving on to another Playoff appearance by largely rolling through the remainder of the regular season, plus the ACC Championship. Swinney says that was a testament to the game-in and game-out focus the team can embrace.

“I would judge (the Syracuse loss) as ‘bad things happen,’” Swinney said. “How do you respond? Do you let something define you? Destroy you? Or develop you? Well what did our team do last year? We didn't lose another game until the Sugar Bowl. Against the national champion. I think they (Syracuse) lost five-straight.

“Whether it's something great or something bad, you've got to move on. You can't live in - 'Oh, I can't wait to get my revenge 364 days from now' or whatever it is...(I heard someone say), 'If you just sit around and look at the future, you're going to trip up on the present.' I love that, man. I'm not looking ahead. I'm just trying to be great in the moment, in the present and we just want to win this game.”