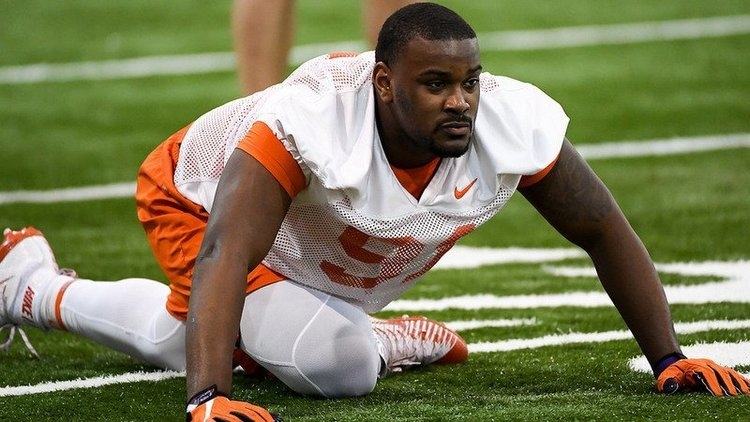 Darnell Jefferies didn’t play a lot last season, but he watched, and he listened, and he learned. Ever humble, he’s ready to take his place along Clemson’s defensive line.

The 6-2, 285-pounder out of Covington (GA) played two snaps in the Tigers’ blowout victory over Louisville last season, his lone appearance in a game on the year. Jefferies knew heading into the season that he would probably redshirt, and he made the most of the year.

“It's been great for me, just learning the ins and outs of the defensive line and alignments and what to get better at while I am doing my redshirt year,” Jefferies told TigerNet. “What has been beneficial for me is just trusting the decision. I bring a lot of energy, and I'm never down, and I like motivating everybody.”

Jefferies was a highly-recruited defensive tackle coming out of Covington’s Newton High School- he had 65 tackles, 19 tackles for loss and seven sacks in 11 games as a senior while adding seven catches for 70 yards and a touchdown as a tight end.

He was the region defensive player-of-the-year as a senior but has also been known for looking a little older than his age. He laughs when asked if he minds when his teammates call him an old man and says it’s something he’s grown used to hearing.

“I love it. That is what they call me. Uncle Darnese, that is my name,” Jefferies said. “I would say in the 7th grade is when I really started looking older. I had a full beard in 7th grade. I was playing basketball and people were like, 'He is not 13. He is not 14. We need to see his birth certificate.’”

Jefferies will be counted on to help ease the loss of veterans Christian Wilkins, Dexter Lawrence, and Albert Huggins next season, but he says the next generation is ready to step in and contribute.

“It's true, we are losing a lot of d-linemen, but we've also recruited a handful of good d-linemen this year, and we are going to train those guys to be as good as they can be,” Jefferies said. “This will be good for me and for my teammates like Jordan Williams and Nyles Pinckney and Xavier Kelly, just to really experience what it's like to get that playing time and make our team better. We are humble players that are ready to play and make our defense better.”

He is also ready to apply the lessons learned from Wilkins, Huggins, and Lawrence.

“It's been a lot of fun. Those guys have taught me what to do and what not to do,” he said. “They were always teaching me everything that the older guys taught them, So now they have been teaching me, so when I become an older guy, I can teach the younger guys.”

Jefferies says he hopes to be between 300 and 305 pounds by the start of fall camp, and even though he played tight end in high school, he’s not ready to ask the coaches for a package on offense.