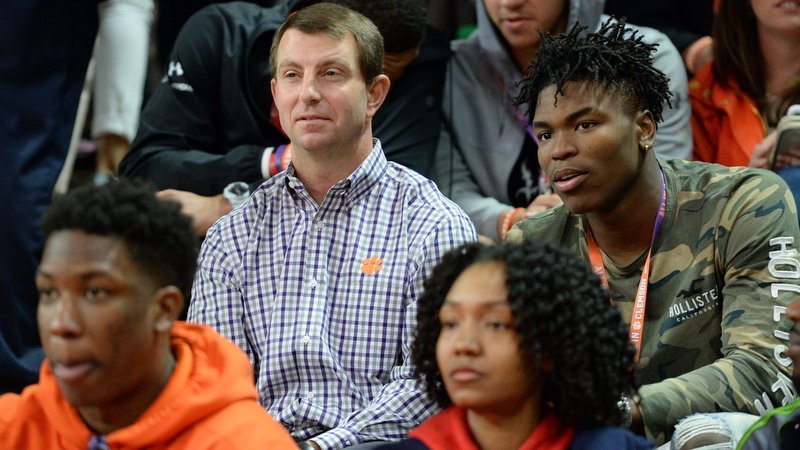 O'Neal would be another big pickup for the Clemson coaches

There were smiles all around as the Clemson coaching staff hosted a solid roster of juniors and seniors this past weekend.

However, two big names that garnered a lot of attention over the weekend were 5-star safety Leon O’Neal out of Cypress (TX) Cypress Spring and 4-star athlete and Auburn commit Matthew Hill out of Snellville (GA) Brookwood.

We will start with O’Neal, who came in with and sat beside Clemson head coach Dabo Swinney at the basketball game versus Notre Dame. O’Neal – who seems like a perfect fit for Clemson from both an athletic and personal standpoint – was involved in all of his conversations and genuinely looked like he was having a good time.

The returns I received were that O’Neal hasn’t made a FINAL decision but could be close. I was told that the visit went “very well.” We heard the same about Hill, who is committed to Auburn but didn’t sign with them in December. Hill spent time with several of the Clemson coaches, so this one will be interesting to follow.

*Alabama commit and 2019 offensive lineman Pierce Quick out of Hewitt-Trussville (AL) made the trip to Clemson with his parents. Quick told me he had a fantastic time, and that his family also enjoyed the visit. We will have more on him later (in a story), but he told me that while he is still committed to Alabama the visit gave him a lot to think about. Swinney spent a good amount of time with Quick’s dad and that made a big impression.

*5-star LB Owen Pappoe of Loganville (GA) Grayson did not make the trip, but did spend Sunday at the University of Georgia.

*Hopefully you saw our story on Sunday about Cartersville (GA) tight end Jackson Lowe. He is the former teammate of Clemson quarterback Trevor Lawrence and visited Clemson on several occasions during football season, making and offer from the Tigers one that he coveted the most.

In talking with Lowe, he said that Clemson is the clear-cut favorite and he also made it sound like a commitment could come sooner rather than later.

“It was a great time. It felt like home. When Coach Swinney was talking to us about Clemson, it really sounded like somewhere I’d want to go,” he said. “I would have to say that Clemson is at the top and maybe here soon they’ll be getting some good news.”

We reached out to a contact familiar with Cartersville, who said that while Lowe has work to do in regards to his blocking, but more than makes up for hit with his athleticism and the way he catches the ball – something that was lacking from Clemson’s offense in 2017.

Because of the small number of recruits on hand, Smith was able to sit down and spend quality time with defensive coordinator Brent Venables and head coach Dabo Swinney. Smith came away impressed with Venables and said his “passion and his style of coaching are interesting, for sure.”

He received an offer from defensive line coach Todd Bates and came away impressed with everything the Tigers had to offer, especially the new football facility. Morris made the trip with his parents and his father – a former Florida State offensive lineman – was especially impressed with Clemson.

After the trip, Morris said Clemson is squarely in the mix, if not tied with Florida State. We will have more on his visit later. 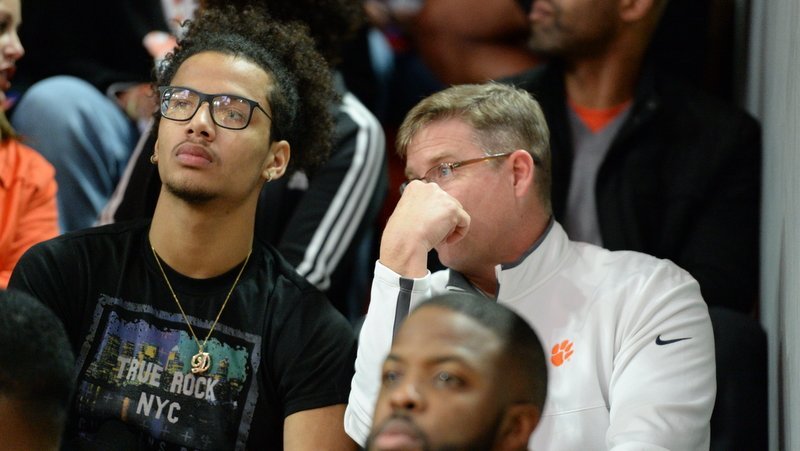 *Back to Jaelyn Lay – the offer was one that Lay has coveted, and we believe that Clemson is now the leader for his services.

*A quick note about Zion Williamson – I saw where a lot of people questioned whether he “played” Clemson during his recruitment, especially considering that many experts projected him to Clemson.

However…………….I spoke with a staff member at Spartanburg Day about an hour before the ceremony, and he assured me that Williamson was headed to South Carolina. A family member smiled and said it was North Carolina. I got the feeling that Clemson felt very good about Williamson a few weeks ago – that he was solid to the Tigers, but that they didn’t feel very good after the in-home visit.

I also think it was telling that no writer that covers Duke was at the announcement. A North Carolina writer told me that the UNC coaches were confident it was down to South Carolina, Clemson, and UNC. I was told that Kansas bowed out a while back, Kentucky had also given up hope and Duke wasn’t communicating as much as they did at first.

So, what happened? I spoke with Williamson’s step-dad (we ran a story), who said that Clemson had a huge lead but lost it. One thing that stood out to me out of our conversation was this – the step-dad said he told Williamson what he thought was the right choice (presumably Clemson), but also spent time reflecting on another son that he pushed into football. He said he broke down and told Williamson to simply follow his heart.

With that in mind he picked Duke, the school he has loved since was a kid. I don’t think anyone got played – the kid simply followed his heart once his parents told him to make his own choice. For the record, neither parent looked thrilled with the Duke choice.