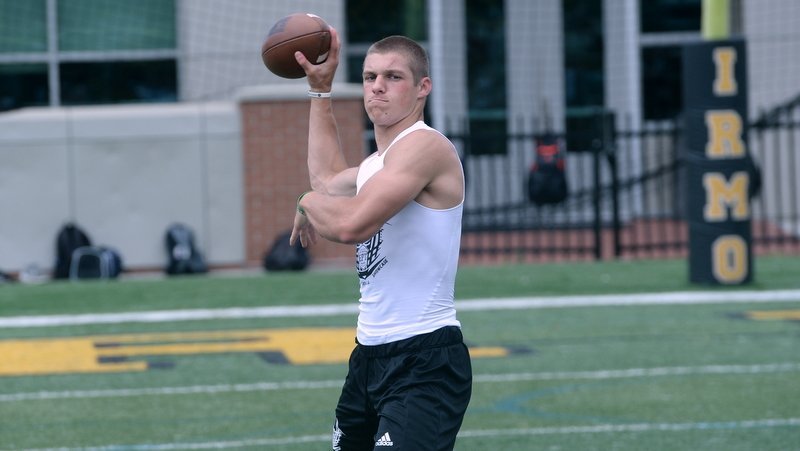 Many of the state’s top prospects were in Irmo Saturday for the 4th annual Elite Position Training Football Skills Showcase, hosted by quarterback guru Ramon Robinson.

Founded by Robinson in 2011, EPT is dedicated to showcasing the best of the best of football student-athletes in the state of South Carolina and to assist in obtaining college scholarships. Robinson, who also coaches quarterbacks, is assisted by ChaChi Sullivan (Player Personnel/DB instructor), Bobby McGowens (Vice President/wide receiver instructor), and (former Clemson defensive lineman) Rashaad Jackson (Director of Scouting/defensive line instructor).

Expected to compete was 5-star defensive end prospect Zacch Pickens out of Anderson (SC) TL Hanna. Pickens was on hand for the early part of the session but didn’t work out. We spent time speaking with Pickens and his mother, Felicia Harris, and we will run that interview in the morning. Pickens is ranked the state’s top-ranked prospect as well as the best strong-side defensive end in the nation. 247Sports Composite ranks him the No. 13 overall prospect in the nation.

Another former Clemson player, James Trapp, was on hand with his business “1 Shot.” Trapp started the business, based in Virginia, as a means of getting high school players recognized by colleges and universities. The business is running a series of combines across the country. Trapp told me that he has at least two more combines coming up where he is working with former Virginia Tech and Atlanta Falcons quarterback Mike Vick.

A few prospects we wanted to see – Daniel’s Tyler Venables and Greenwood’s Luke Deal – had prior commitments and were unable to attend. However, there were a few under-the-radar guys that caught my eye. One was 2019 running back Zykamren Robinson out of Spartanburg. He doesn’t have a Clemson offer but does claim one from Tennessee. His other offers include teams like Missouri, Purdue, and Temple. He has a low center of gravity and gets in and out his cuts with amazing balance. Reminds me a lot of current Clemson running back Adam Choice.

Another youngster that will begin to garner attention is Nathan Kelly of Lewisville. The 2021 prospect worked out with the defensive ends but was out of position there. He sits at 207 pounds, and his frame suggests he could get in the 225-pound range or a little better. He is lightning quick, and I can see him playing linebacker on the next level. I liked him a lot. 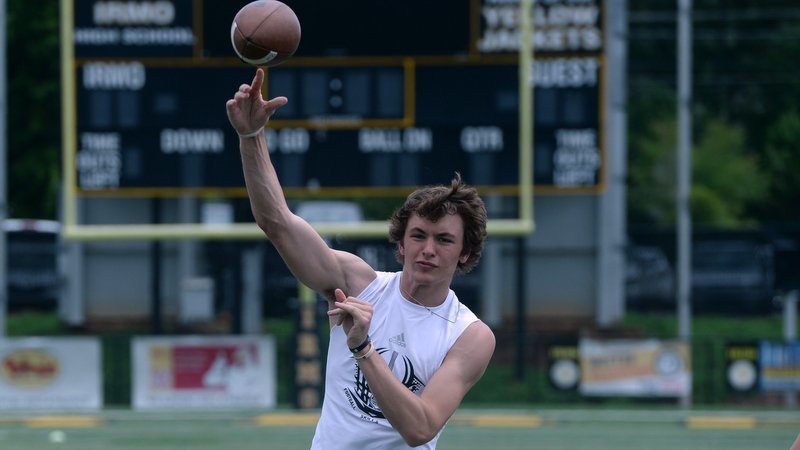 Tysheik Galloway is a 3-star 2019 defensive line prospect out of BHP who has been to Clemson’s camp. He’s 6-2, 295 and has the size to make an impact at the tackle spot. His technique has improved since the last time I saw him, and he has a powerful swim move and jab at the point of attack. His offer list shows Virginia as his biggest offer to date.

Two quarterbacks of note were also there – 2020 Myrtle Beach signal caller Luke Doty and 2019 prospect Davis Beville out of Greenville. Beville is a Clemson legacy who is listed as a pro-style quarterback, but it was obvious to me that he can make plays with his legs as well. He’s faster than people think, and his 6-6 frame allows him to get a lot of zip on the ball.

Doty is a true dual-threat guy – he can spin but I also love his athleticism. We will have stories on both quarterbacks over the next few days, but it’s interesting to note that both told me they heard from quarterbacks coach Brandon Streeter on Friday. Both are expected to be at Clemson’s camp in early June.