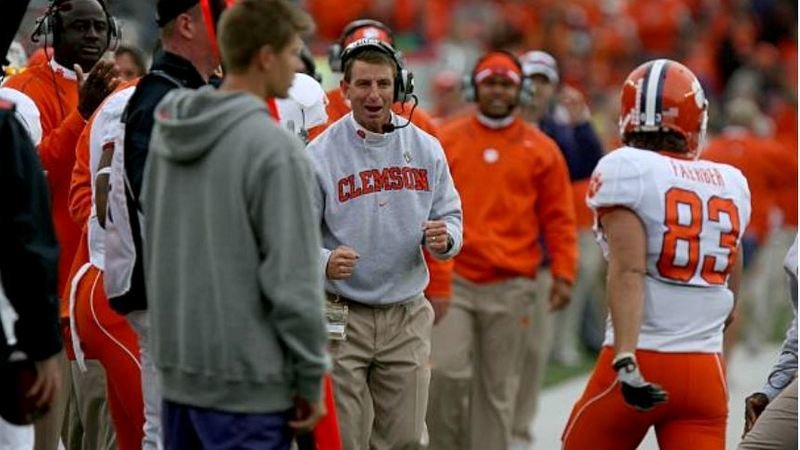 The Tigers during Victory Walk at BC in 2008

CLEMSON – The first time Clemson wore orange pants at Boston College, the Tigers escaped Chestnut Hill with a 27-21 victory that was the first of Dabo Swinney’s career as a head coach. The Tigers will once again don the orange britches at Boston College this Saturday and hope to bring a trophy back to Clemson.

Swinney changed the way Clemson’s gameday attire was chosen after he took over, making the decision a simple one from week to week.

“There was no rhyme or reason. We were chameleons. I didn't know what we were. I really didn’t. I called a meeting and I met with Tim (Bourret) and Jeff Davis and somebody else because I really had no idea,” Swinney said. “I was like, I just want to know what is the tradition, what is our uniform here? I mean, to me the uniform was just whatever we voted on that week. It was just, whatever it was. And I just once I kinda got started on 2009, I just want to have some consistency. I was so tired of having to talk about our uniform every week.”

Swinney said deciding which uniforms to wear for which game took up too much unnecessary time, something he didn’t have to deal with at Alabama.

“You talk about wasted energy every single week. Can we wear this? I was like, can we just worry about what matters in this? And that's what I came from, I mean, there was no discussion about a uniform where I came from for 13 years. You just didn't even talk about it. And so I wanted to just kind of create that consistency and that mindset. So, I sat down and looked at old pictures. And I said this is what we should be and this is what should do. And this is where we ended up, And I knew there was an orange britches tradition, something that was unique to Clemson and I didn't want to lose that.” 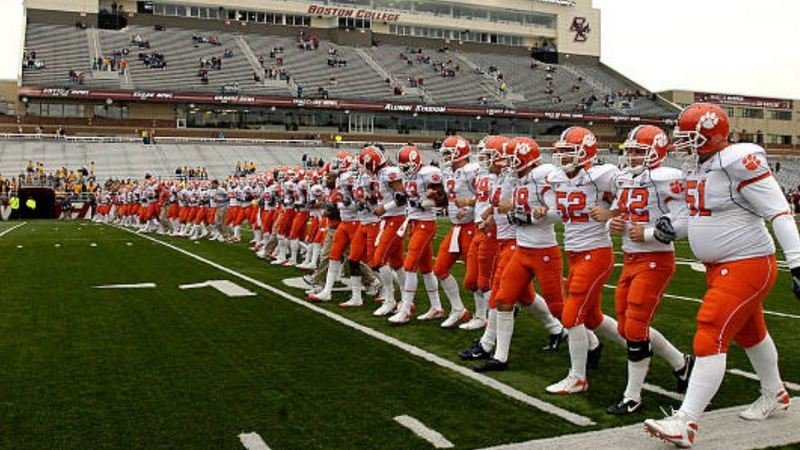 The Tigers wear the orange jerseys and white pants at home, all white on the road, purple on Military Appreciation Day and the orange pants for championship games.

“I just said we would wear the orange pants when there's some type of championship on the line,” Swinney said. “If there isn’t then we aren’t wearing them. We started that in 2009. We actually, ironically, wore them in my very first win. That was a championship, trust me. We probably aren’t here now if not for that, trust me. So now we kind of started that consistency and then, and then obviously the purple has been a part of our history, too. And so, we kind of incorporated that into the military appreciation as a way to embrace that part of our uniform, but honor the military. But we don't have any questions; there's no drama or any of that stuff.”

Swinney smiled when reminded that this will be the first time the orange pants have been seen at Boston College since his first win.