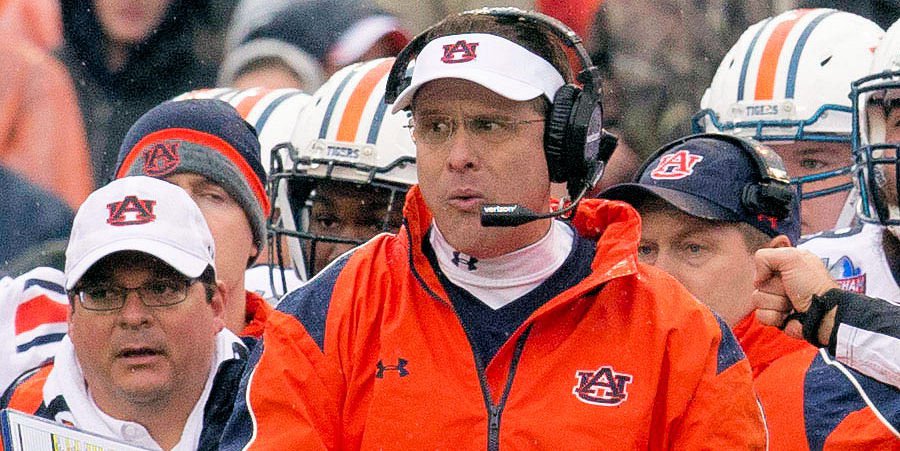 The Clemson coaches and players have spent the last few weeks talking about the challenges they face as the No. 2 ranked Tigers travel to The Plains to take on Auburn in the season opener.

The crowd noise; unknowns at running back, quarterback, and wide receiver; and, facing a new defensive coordinator in Kevin Steele are just a few that have been mentioned.

What are the Auburn coaches and players saying about facing the Tigers from South Carolina?

Auburn head coach Gus Malzahn said he is looking forward to seeing how his team stacks up against Clemson – a team that’s expected to contend for an ACC and national championship.

“We’re excited to kickoff the season at home against one of the top teams in the country. It should be a very good measuring stick of where we’re at,” Malzahn said during Wednesday’s SEC teleconference. “We’ve had a very good offseason, and I’m just looking forward to playing the guys. They’ve got one of the best players in college football in their quarterback, Deshaun Watson. The’ve got a lot of skill guys back. Most of their offense is back, and they may have one of the best offenses in college football. Defensively, they do a very good job of taking away what an offense’s strength is. It ought to be a good one. These first games are always about adjustments. I’m looking forward to watching our guys perform.”

Clemson quarterback Deshaun Watson – and how to stop him – have dominated discussions in the state of Alabama, but Malzahn says the Tigers offense is more than just its signal caller.

“I don’t like to compare players, but I will say that I’ve been very impressed with Deshaun. We recruited him, so we’ve been very familiar with him,” he said. “We pretty much have the same offensive system – obviously, they have their own flavor – but it doesn’t surprise me at all that he’s successful. They’ve got very good pieces around him. Their receivers are outstanding. Their running back is very, very impressive and sometimes gets overlooked in the big picture. They’re a very good offense. Last year, they were one of the top of the country, and they get most of their guys back, you expect them to be one of the better offenses in college football this year.”

“We’ve had a lot of different guys. We’ve done a lot of good on good and 1’s versus 2’s, whether it’s John Franklin III or Woody Barrett,” Malzahn said. “He’s (Watson) a phenomenal quarterback.”

Defensive tackle – and one time Clemson target – Montravius Adams said he’s not too concerned with facing Watson because of the quarterbacks they face each day in practice.

“We’ve got a lot of different quarterbacks, but we’ve got four Deshaun Watson’s out there,” Adams said.

Adams said that the defensive staff would use some of Auburn’s athletes as a spy on Watson.

“Really, you’d have to ask Coach Steele that. He’s the defensive coordinator and whoever he trusts to go into the game will be that spy,” Adams said. “I would say Rudy can because he’s one of the fastest guys on our team – or Javaris. I feel like how hard we’ve been working and what we’ve worked for, whoever coach trusts to put on him will do their job.”

Other player and coach quotes

Defensive back Josh Hosley on the early matchup with Clemson

“I think this game right here is perfect. The way it’s set up, it’s perfect for us to come out and show what we’ve been working for all summer. Our motto this year is earning it, and we feel like we have to earn everything we get this year starting with Clemson.”

Offensive lineman Robert Leff on squaring off against Clemson’s defense

“I’ve been watching a lot of film, especially outside of meetings. Clemson’s defense is really good. They show a lot of different looks. They show a lot of complex schemes which we have a way of picking up, but it will be interesting dealing with it. I really like their unit as a whole. They play well together. They all do their job. I’ve never really seen any guys on their defense bust. They’re solid… It will be challenging for them (Clemson’s young players) coming out the first couple of drives, but it really doesn’t matter for offensive linemen because we’ll make the drives.

“Luckily, I have the privilege of practicing against what is probably the best defensive end in college football every day, so I’m not not worried or anything. It’s definitely not something that keeps me up at night because I go against Carl Lawson every single day. I’m ready for it. I’m ready for the challenge, and I’m pumped.”

Adams on earning national respect by stopping Watson and Clemson

“It’s the first game and just from where we came from last year, we’re trying to earn everybody’s respect back. Everybody knows Deshaun Watson. He’s a Heisman candidate and a great quarterback, but I believe if we can get to him. We can get to a lot of quarterbacks in the league.”

"I don't see it (the comparison of Cam Newton and Watson)," McGriff told AL.com. "You're talking about two different types of football players. I'm fortunate to have an opportunity to see Cam from a bird's eye view and he's the kind of guy that I'm not raising my hand to play against. The guy's phenomenal, I mean, you look at his size, you look at his arm strength, you look at his power — you almost think you have him sacked, he pulls away and throws the ball down the field 60 yards for a touchdown. I just think they're two different types of players.

“I have not had an opportunity to play Deshaun and see him up close, a bird's eye view, so, of course, I know he's a tremendous athlete — you just don't take that away — he's very smart, very cerebral, takes care of the football," McGriff said. "He can extend a play with his feet. He looks like, if you had to ask me 'OK, Coach, pin him down to one guy,' he kind of reminds you of Russell Wilson. You take a guy like Deshaun or Russell, and they're in that different category and Cam's in a different category with his size, power. But Deshaun is more like a Russell Wilson-type quarterback."