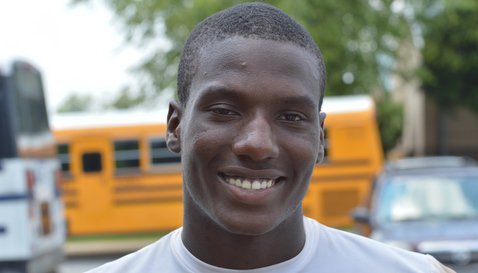 Edwards lists Clemson as one of his favorites

Clemson’s football program is all about family, something that the coaching staff sells to high school prospects. One of the state’s top prospects in the 2016 recruiting cycle has an edge on other prospects in that regard because Clemson has been a part of his family for a long time.

Bryan Edwards
Wide Receiver
6-3, 185
Conway, SC
View Full Profile , a 2016 wide receiver prospect out of Conway, is the grandson of Eddie Geathers, who played defensive back for the Tigers from 1978-80 and had 12 interceptions. Edwards told TigerNet last week that he knows all about Clemson’s sense of family.

“It's just a great place. There's no putting each other down,” Edwards said at the Palmetto Showdown at Byrnes. “Everybody is one team and supports each other. My grandfather always tells me that Clemson is the best place in the world and there's nowhere like it. He tells me story after story after story.”

Edwards also has a sister who is a sophomore at Clemson, but he says that his family doesn’t put any undue pressure on him to pick Clemson.

Edwards received his first offers from South Carolina and Clemson as a 13 year old, something he said made him grow up very quickly.

Even with all of the attention he receives from colleges and the media, he has no problem staying grounded.

“It's big, but I don't let any of it get to my head,” he said. “I just stay humble and stay grounded and just keep working hard. You definitely don't expect it. You just have to thank God and be thankful for it.”

In addition to Clemson and South Carolina, Edwards claims offers from Duke, Florida, North Carolina and Virginia Tech. Although he doesn’t expect to make a decision anytime soon, he already has a solid top three.

“My three schools are probably Clemson, South Carolina and maybe a Georgia or a Florida. I like both of those schools.,” Edwards said “I wouldn't say that I have to stay in-state, but those are the two schools that recruit me the hardest and I get to see. I probably will make a decision at the beginning of my senior year because I will want to get up there early - semester early - to get a spring in.”