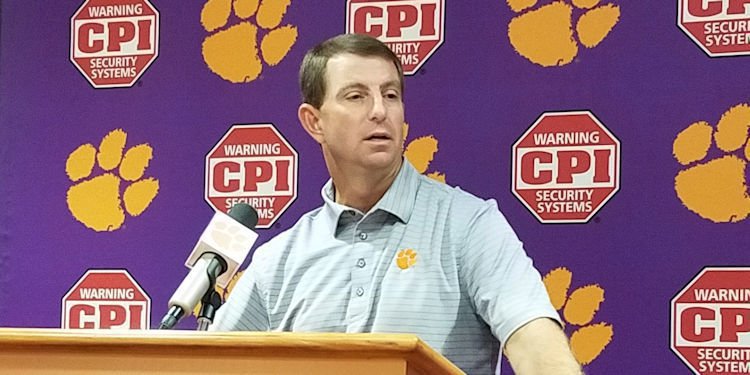 Clemson started slowly in a 34-7 win over Boston College last weekend, and Swinney says he wasn’t surprised at the unhappiness of the crowd.