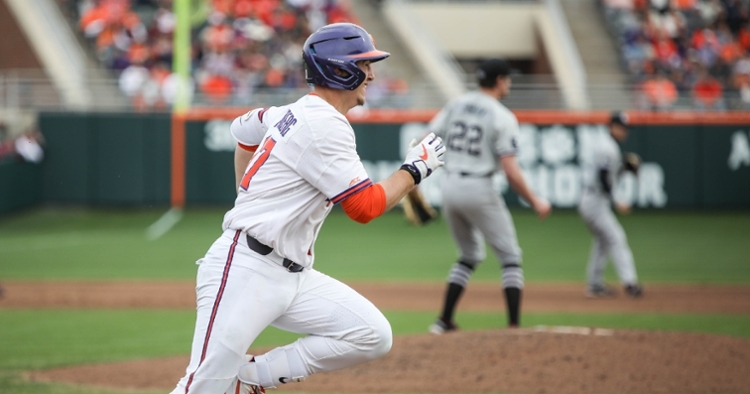 College baseball will be loaded with talent next season

Monte Lee spent the first few weeks of social distancing catching up on some much-needed sleep, touching up the paint around his house, and staining his back deck. Now Clemson’s baseball coach is ready to get back to work but, like the rest of us, isn’t sure when that will be. All he can do now is plan and wait.

One thing he does know, however, is that college baseball will be loaded with talent in 2021.

Uncertainty surrounds everything in college athletics right now, especially baseball. Division I programs stand to benefit because of two factors. First, the NCAA is allowing all players to return in 2021 with the same eligibility standing they had in 2020. The second reason is that Major League Baseball is shortening its draft (looking to move to July instead of June), going from 40 to as few as five rounds, and capping signing bonuses for undrafted free agents at $20,000.

“As far as the draft goes, it looks like it’s going to be a five-round draft,” Lee told TigerNet Friday. “I've heard it is going to be somewhere between mid-July, and late July, which certainly makes things challenging for us. We don't know who we're going to lose and we're going to get back because of that. There's a chance from what we're hearing that it could be expanded to potentially 10 rounds. But I think a lot of that is going to be a domino effect based on what happens with the major league baseball season.

“What is the minor league season? If we don't have a minor league baseball season, are they still going to want to draft 10 rounds of players or will it just be five rounds?”

Nearly 90 percent of players selected in last year's draft between the sixth and 10th rounds came from the college ranks (131 of 150), per an AP report, with the juniors picking up bonuses between $125,000 and $250,000. Seniors usually receive less without the leverage of another year of eligibility.

With a shortened draft, fringe prospects have to weigh signing for the $20,000 if offered or return to school, and the same goes for top high school prospects who are deciding between the pros and their college signings.

“If it is just five rounds, anybody not granted can sign as a free agent for $20,000,” Lee said. “I gotta think that's going to influence a lot of juniors to come to school. They will come back to school because they won't be drafted. And you’re going to have a lot more high school guys that want to come into school. It is going to create some challenges for Power Five schools because we don't have very many seniors on our team. The scholarship relief for seniors is an awesome opportunity for kids that might be able to come back and receive aid and it does not count against you.”

Those rules should make for talented rosters across all of college baseball next season.

“It's certainly going to create some challenges but the positive is that there's going to be an influx of talent in college baseball next year. There's no doubt about that,” Lee said. “There's going to be a lot more really good players playing college baseball next year than there has been in quite some time because those kids simply aren't going to be going to play professional baseball. In the past, when you had a 40-round draft the third day of the draft was the 11th round, and the 11th round was where all the juniors got drafted, from the 11th to the 20th round. That's where all your juniors would go, and they would all get the same signup bonus which was $125,000.

"So just imagine those guys getting drafted, you know the Owen Griffiths, the Chase Pinders, the Eli Whites, the Weston Wilsons, the Paul Campbell's, the Alex Eubanks. Just think about that - for every team out there in college baseball those types of guys would be coming back as seniors for the most part, and that's crazy.”