Following a relaxing afternoon and evening on Lake Keowee Sunday, I arrived home and told Nikki that I was finally ready for football to start. That’s a good thing, because this is the first game week we’ve had this season, and it will be good to get back into a routine.

We have interviews starting at 11 this morning, and we have a new space for them. In the past, we’ve held all Monday and Tuesday interviews either on the second or the fourth floor of the WestZone. However, football has moved across the street and with the new facility we’ve wondered where we would spend our Monday and Tuesday sessions.

The answer: in a corner of the indoor practice facility. I am not sure how that will work, and we will try and fine tune our microphones so we can pick up what is being said inside the acoustic nightmare. You will know at some point after 11:30 when the videos start to post how we did.

Jumping ahead to Saturday’s game – the opener against Kent St. doesn’t exactly “move the needle” from an overall excitement standpoint. But it does for me – for the first time in a while there are several unknowns heading into the opener. There are things I want to see and questions that can only be answered by seeing players during a game. Not a practice. Not a spring game. An actual game.

Here are my top five:

Bryant has seen flashes of game action, but his only real playing time with a game on the line came two years ago at Syracuse. A fumble quickly ended his day, and he’s since been relegated to mop up duty. We’ve seen him in the spring game – until he got hurt – and we’ve seen him in practice situations. But I am ready to see how he does from the start of the first quarter. How quickly does he operate Clemson’s tempo offense? How much latitude is he given by the coaches? What will the offense look like with Bryant under center? Will there be more runs, more pop screens, and less downfield passing or will the coaches leave it wide open, like they did with Watson?

We will find out Saturday, and for the record I also want to see Zerrick Cooper and Hunter Johnson.

Clemson has entered every recent season except one (2014) with a featured back. There was James Davis and then C.J. Spiller and then Andre Ellington and then Roderick McDowell. The 2014 season was a running back by committee approach until Wayne Gallman won the job late in the season.

C.J. Fuller won the right to start in camp, but I get the feeling this will be more like 2014 and the coaches will go with the hot hand on any given day. That means Fuller, Tavien Feaster, Choice and freshman Travis Etienne will all get their shot.

Bradley Pinion, now plying his trade with the San Francisco 49ers of the NFL, was an unbelievable weapon for head coach Dabo Swinney and the Tigers. His punts often flipped the field, and he was a master at pinning teams inside their own 20-yard line. Things haven’t been as good the past two seasons, and the coaches have declined to offer a punter.

Spiers walked on to the team last season and redshirted, and won the battle for the job in fall camp. His dad, shortstop Bill Spiers, tried out for Danny Ford’s teams in the 80’s and won a job. The younger Spiers not only won the job in fall camp, he earned a scholarship. I am anxious to see how he does this season – with a new quarterback there could be an opportunity for more punts. 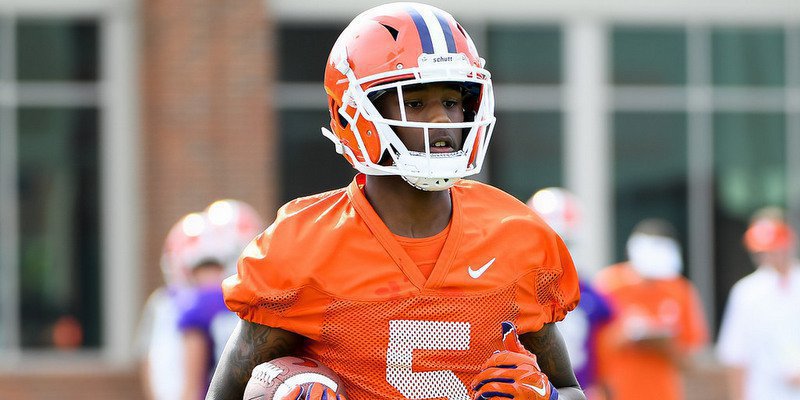 Admit it. We are all looking forward to seeing what this defense is capable of. From Dexter Lawrence to Christian Wilkins to Clelin Ferrell to Kendall Joseph to Tanner Muse, the defense is loaded with talent. Add in guys like Isaiah Simmons (freak athlete), Shaq Smith (freak athlete), and the hard-hitting depth at linebacker, this group could be among the nation’s best.

This coaching staff has recruited well over the last several seasons, and there are freshmen (both true and redshirt) who will see their first game action Saturday. Receivers T.J. Chase, Amari Rodgers, and Tee Higgins will draw a lot of scrutiny, but Smith and Simmons, A.J. Terrell, Etienne, Cooper and Johnson are just a few of the names that will make their Death Valley debut.

Again, Kent St. isn’t an exciting opponent, but there will be plenty of excitement in watching this team – a team without the established offensive stars of last year – and seeing how it all comes together.