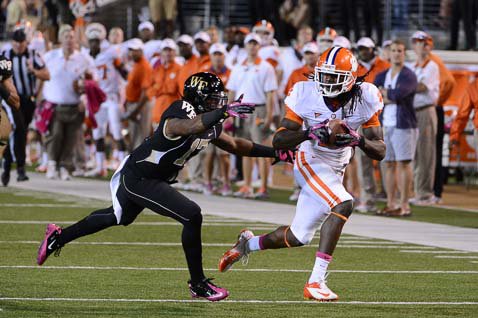 Watkins set a career-high in receiving yards with 177 in the first half. His previous career-high was 155 yards.

Turning Point of the Half:Boyd’s long pass to Watkins in the first quarter – it gave the Clemson offense a spark and it was never close after that as the Tigers scored on five straight possessions.

Stat of the Half: The Tigers managed just 295 total yards a week ago, but had 345 in the first half. Tajh Boyd completed 17-of-21 passes for 286 yards and five touchdowns.