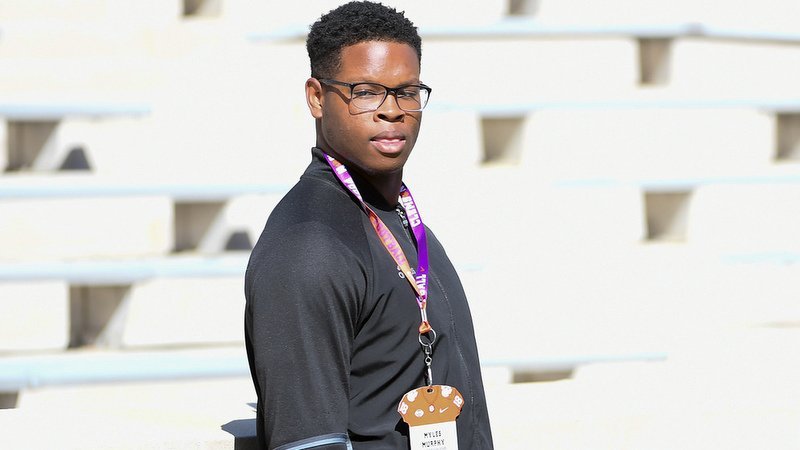 Myles Murphy is one of the headliners in Saturday's group of visitors.

Football season is upon us, which means the dead period is over and visitors will begin to flock to college campuses all over the country.

While Clemson and Furman isn’t exactly a ‘sexy’ matchup, the Clemson coaching staff is getting the biggest bang for their buck when it comes to Saturday visitors.

The headline of the group is 2019 linebacker Kane Patterson, who decommitted from Ohio State last week. The 4-star Nashville (TN) Christ Presbyterian Academy prospect was offered by Clemson earlier this month, but the relationship between Patterson and Clemson runs much deeper. Patterson’s father played football at Alabama with head coach Dabo Swinney and defensive ends coach Lemanski Hall.

This will be Patterson’s first time at Clemson, so a first impression could go a long way in quickly deciding the direction of his recruitment.

While there will probably be at least a few 2019 commits on campus, two of Clemson’s 2020 commits have expressed their intent to be on campus. 4-star defensive line commit DeMonte Capehart out of Hartsville (SC) and 4-star linebacker commit Sergio Allen from Fort Valley (GA) Peach County will both be on hand to help Clemson’s recruiting efforts.

Murphy has been to Auburn several times, so a good visit to Clemson could put them in contention with the Tigers from The Plains.

A trio of wide receivers will be on hand to get their first look at Clemson’s offense. Ze’Vian Capers out of Alpharetta (GA) Denmark, E.J. Williams out of Phenix City (AL) Central and Jalin Hyatt out of Irmo (SC) Dutch Fork. Not only will Williams be an interested observer Clemson’s offense, he’ll also be keeping a close eye on former teammate and freshman wide receiver Justyn Ross.