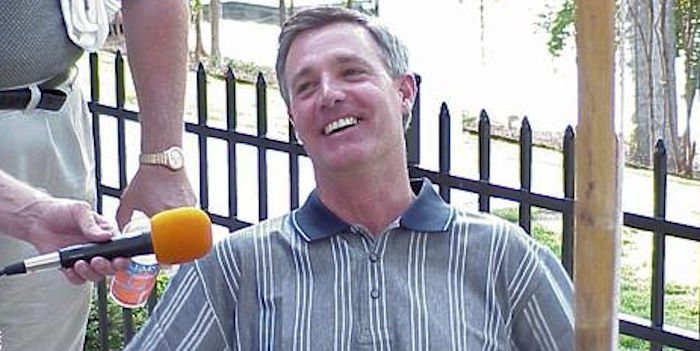 Bowden, who coached at Clemson from 1999-2008, benched veteran quarterback Willie Simmons in favor of freshman Charlie Whitehurst during the 2002 season.

Simmons went 4-4 in eight games as a starter before being replaced by Whitehurst before Clemson’s 34-31 victory at Duke. In 10 games, he completed 142-244 passes for 1559 yards and six touchdowns to lead the Tigers in completions and passing yardage.

It was Whitehurst who emerged from the backup spot to lead the Tigers to victory, however, and he started the remainder of his four-year career.

Swinney has veteran Kelly Bryant, who went 12-2 as a starter last season and led Clemson to an ACC Championship. Nipping at Bryant’s heels is freshman Trevor Lawrence, who possesses the rare kind of talent that will have NFL scouts drooling in a few years.

“Charlie was a freshman Willie was the clear-cut favorite. I don't think there was that much media attention like there is now,” Bowden told TigerNet in an exclusive interview Wednesday. “It was the most difficult decision I had to make in coaching, to be honest with you. Willie Simmons had paid his dues. He was extremely well-received by the team, a great leader, academically he did everything right and he paid his dues. All of a sudden, we had to go with the other guy. I vividly remember calling him into my office and the agony of having to make that decision. Dabo might have to do the same thing.”

Whitehurst threw for a then-school-record 420 yards in the win over the Blue Devils.

“It makes it easier to make that change when they come in and throw for 400 yards, the team says, 'Yeah, you made the right decision.' Had he come in and we lost the game and he threw for 40-percent, then you're creating doubt in the decision,” Bowden said. “The fact that we had success made it a lot easier, no doubt about it. It will be the same in this situation if it goes to where he (Swinney) has to make a change early. The new guy better have success or it makes the decision looks a little cloudy.”

“The fact that he has a great defense, you can afford to mess up on offense if he has to go with Trevor Lawrence and he makes some freshmen mistakes,” Bowden said. “He's going to get a lot of at-bats. The defense is going to give him the ball back and back and back. A lot of teams don't have that luxury, so that will make it easier. The fact that he has a strong defense is definitely a plus.”

Bowden then said he thinks Swinney learned from his experience with Cole Stoudt and Deshaun Watson in 2014.

“I don't think it will be that difficult. He had a similar situation with Deshaun Watson and Cole Stoudt and he's learned from that,” Bowden said. “Now, would he have done it differently? Would he have gone with Deshaun Watson the whole way? Jimbo Fisher, I think the year before made the decision with Jameis Winston. They lost two quarterbacks that transferred - one to Alabama and one to West Virginia. I think he has a lot of experience to make a really intelligent decision, so I don't think he'll look back. He's got some trump cards. He's had enough success that he can afford to make a bad decision or two. He hasn't made too many.”

What does Clemson need to do to win another national championship?