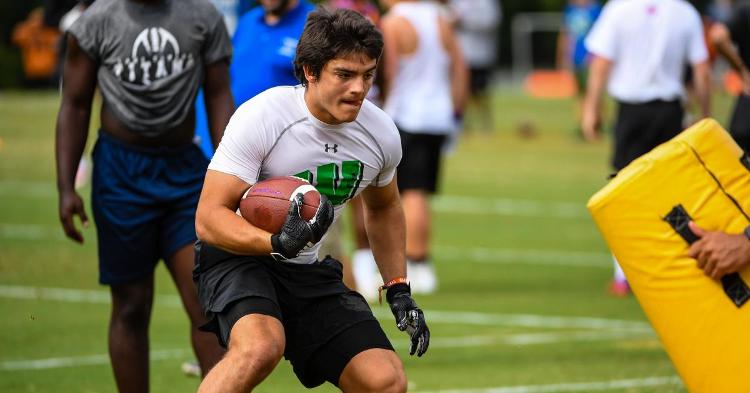 A 5-star running back who also happens to be one of the top all-around athletes in the country will be in Clemson Saturday for the Tigers’ big showdown against Texas A&M.

Will Shipley (5-11 198), a 2021 back out of Matthews (NC) Weddington, is one of the more exciting players in the Tar Heel State this season. Shipley can also play receiver and in the secondary.

As a result, he’s drawn a large variety of offers including Clemson, USC, Stanford, Notre Dame, Florida, Georgia, Southern Cal, Tennessee, Wisconsin, Oregon, West Virginia, and Penn State. This Saturday he will make his first visit to Clemson for a game and he’s anxious to see what a football Saturday in Death Valley is all about.

“The part I’m really looking forward to is just feeling the atmosphere,” Shipley said. “I’ve heard great things. It has a great reputation. Excited to see the players come down that hill and fight for four quarters and see the atmosphere around it.”

Clemson running backs coach and co-offensive coordinator Tony Elliott is recruiting Shipley. He’s handed out two running back offers for the class. One went to Shipley and the other to Phil Mafah of Loganville (GA) Grayson, who committed in late August.

“Coach Elliott did mention from the beginning that he was only going to take one guy,” Shipley said. “I did get the chance to talk with coach Elliott the other day and he said he’s going to continue to recruit me. I don’t know if it’s still at running back or it’s a little bit more at receiver now. I’m looking to get some of the details this Saturday.”

Shipley is thinking about returning to South Carolina for a visit to Columbia for the Gamecocks’ tilt against Alabama and plans many more visits to other schools this season, having not closed the door on anyone that’s recruiting him. He has set a visit with Notre Dame for the Southern Cal game October 12th. He’s looking to make his decision before next season.

So far this season, Shipley said he has around 400 total yards and 5 touchdowns. Last season he rushed for over 1400 yards and with 19 touchdowns, and he caught 28 passes for 393 yards and 6 touchdowns.