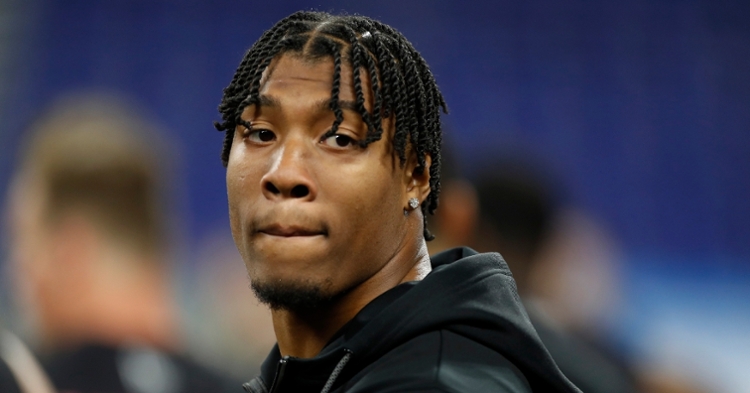 Isaiah Simmons put on a show at the NFL Scouting Combine in Indianapolis over the weekend, and now his draft stock has an upward trajectory.

Simmons showed his versatility last season for the Tigers, playing 100-plus snaps at five different positions, with more than half of those coming at safety and cornerback, according to Pro Football Focus.

He then put together maybe the Combine’s best performance with a blazing 40-yard dash (4.39 seconds). His other measurements included 10-inch hands and a wingspan of 76 inches. He has been listed as a top-ten pick in many mock drafts, and I asked NFL Draft analyst Todd McShay Tuesday if Simmons’s Combine performance improved his draft stock or reinforced what the NFL already knew.

“It certainly didn't hurt. Let's put it that way,” McShay told TigerNet. “His performance certainly did not hurt. I think we all knew he was fast, but that's a different level, man. You're pumped up if you're a wide receiver at 5-11 and 198 pounds and you’re running a 4.39. And then you talking about Simmons who 6-3 to 6-3 1/2 and almost 240 pounds and running that time. And that's just different. That is a different level.”

McShay sees areas where Simmons can improve but said the athletic ability is a game-changer.

“He can still improve in terms of getting off of blocks,” McShay said. “He can be a quarter count late in terms of recognition skills versus the run sometimes. But the dude can play, I mean he is sideline to sideline as a linebacker. He can play in the box. He can play in that overhang covering up a tight end in the slot, bigger receivers, those kinds of guys. And then the Ohio State tape – just to watch him go from that single-high safety to the sideline, 30 or 35 yards, whatever it was, track it down go up and get the ball and take it away was amazing.

“It really shows you that the versatility is unique, and Brent Venables did a phenomenal job of utilizing that versatility. But you have got to have that skill set in order for your coordinator to be able to utilize it.”

In other words, Simmons is a perfect fit for the new NFL.

“I think he fits today in league perfectly,” McShay said. “He allows you to be multiple, and that's what so many coordinators are looking for now because of the way the game has changed. How many three, four, or five wide receiver sets there are and how much tempo is being added to the to the game now? And it's so much more out of the box than it is in the box, in terms of style of play in the league, that you need players like this that can stay on the field. That's why Simmons, to me, is a top-ten draft pick, whether it’s the Giants at four or one of those other teams. He is going to be a top-ten pick.”