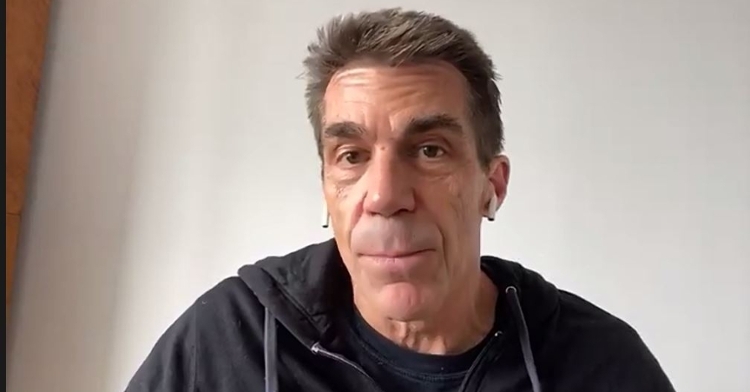 Fowler speaks to the media Wednesday via Zoom.

ESPN play-by-play announcer Chris Fowler is on the call for this weekend’s game between No. 1 Clemson and No. 7 Miami and spent time speaking with the local media about the contest.

Fowler covered a lot of ground and started off by saying he feels like Clemson has an advantage because the Tigers are used to being the target.

“Clemson is like a double-digit favorite now, 34 non-playoff games in a row, which is pretty insane if you think about it, how much respect they have and how little regard most people have for their competition or the ACC,” Fowler said. “Miami is the latest team to step in there and take its cuts. I mean, we talked to some of the clubs and players like Trevor Lawrence and Amari Rodgers and other guys a little while ago.

“They're very, very used to this target. They're very used to having teams like Miami, come in there and, and be very eager to take a swing at the champ and see if they can knock them off. Or the rest of us, want to see where the gap is because it's all been about the gap in the ACC, how big is it? How huge is it? We're going to find out, I mean, we've seen Miami twice already this year. Very impressive.”

Fowler said the Hurricanes have used free agency to their advantage.

“Nobody in college football, in my opinion, has more high impact newcomers via the transfer free agency market,” he said. “They've shored up some key weaknesses from last year. This team looked very good in certain areas three games in, but it's a supreme test even without a full crowd in Death Valley. Still gotta face that team, and I'm hopeful that Miami can represent. We always just root for the same thing, which is just a close game. You want to see the great teams pushed and how they respond. And, you'll learn a lot more about a team like Clemson when they're really challenged into the fourth quarter. They got a little bit of a challenge from Virginia, and they still won by 18 and people were acting like they didn't play well. So that's where Clemson is. That's how high the measuring stick is. But no, I mean, like I said, we are very familiar with both teams, excited about it.

“It's actually the first top 10 match-up they've had in Death Valley since the Deshaun Watson-Lamar Jackson duel, which we broadcast back in 2016, which was a lot of fun, went right down to the last play of the game. And Lamar played great, but Deshaun got the win and I just think they haven't played a top 10 game in that stadium since then, but this is it.”

Fowler said that Clemson head coach Dabo Swinney will have no problem motivating his team.

“He's great at motivating, he'll figure ways out. I think if you're doing what they've done, which is you play against Clemson every week,” Fowler said. “I'm sure you've heard that, but when teams are that good, they're urged to play to their own standard, and that's a pretty high standard. If Clemson meets their own standard, they're going to win. And I think that's what he's trying to do. You're at a place now where winning by 18 over a team that won its division in your conference a year ago, isn't considered that impressive. You want to ask questions. And I think that they'll poke holes in their performance against Virginia and they've already been doing that. But I don't think that that program is at a place where motivation is really that big of a problem. You've got a bunch of really self-motivated guys.”

He was then asked if he expects to see a flurry of explosive plays Saturday night.

“The easy answer is yes, but on the flip side, the defenses may have something to say about that,” Fowler said. “Miami's defensive style is built around not giving up explosive plays. They'll give you some yards and make you earn it. They'll try to get you in a negative play, a third and long and then take the ball away. That's what Manny's defense does. They're gonna try their best to limit Clemson's explosive plays. We haven't had our meetings yet, but it doesn't take a genius to figure out that you've got to stop Travis Etienne as a runner and a receiver right now. You take out Justyn Ross, who is a dynamic, dynamic receiver, and he comes in and is still trying to figure out ...whether it's Frank Ladson, the Miami native, or Amari Rodgers is rock solid.

“He's got an increased role, but they're still looking for that complementary piece. Miami has created explosive plays in the run game, and it's really hard to do that against Clemson and with receivers out of the backfield. So they'll try to do that. I still think they need to get better throwing the ball down field. It's really hard to march the ball on Clemson but you can do what LSU did, which was just throw a bunch of NFL receivers in the secondary, dare them to cover them all and then have a brilliant quarterback who can run and throw. I mean, D'Eriq gives them a chance against anybody, he really does, because he can operate outside the structure of the offense and create problems on broken plays for the defense. But explosive plays are fun to call and I'd like to think we could get a few of them.”