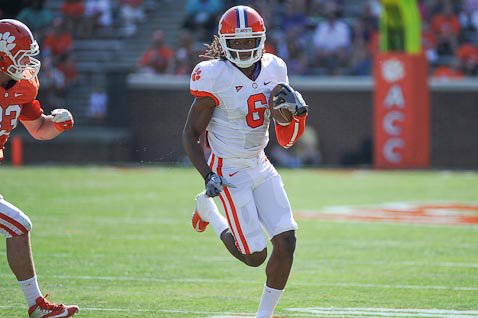 Hopkins caught seven passes for 120 yards and Dabo Swinney called him the MVP of the spring.

Dabo Swinney
Head Coach
View Full Profile had never seen a double overtime spring game, much less coached in one. But at Death Valley Saturday, he might have become the first head football coach to decide to play one. 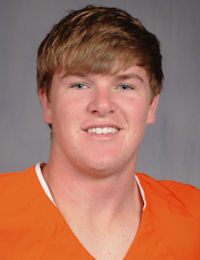 Chandler Catanzaro
RS So. Punter / Kicker
#39 6-2, 200
Greenville, SC
View Full Profile , who made a last second field goal against Wake Forest in Clemson's final home game at Memorial Stadium last fall, made a 45-yard field goal in the second overtime to lift the Orange team to a 23-20 victory.

"It was one of those deals where I really didn't want to play more, but I certainly did not want to walk off the field with a tie," Swinney said.

So Swinney decided to let his placekickers break the tie. In the first overtime, he had Catanzaro and freshman kicker Ammon Lakip 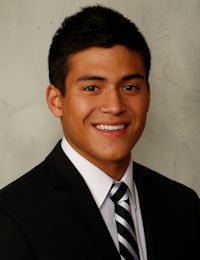 "It was good to put a little pressure on the kickers there and finish it that way," Swinney said. "The game was kind of indicative of our spring, it has been very competitive. It's been very balanced. What I mean by that is that there is a lot of competitive depth right now."

That was very evident on Saturday in front of a record crowd of 28,000 people. With the Clemson squad mixed between the Orange and the White teams, the two combined for 653 yards - 348 Orange and 305 White - on 141 plays.

"It was a lot of fun," wide receiver DeAndre Hopkins 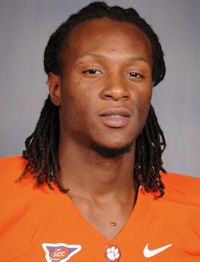 DeAndre Hopkins
So. Wide Receiver
#6 6-1, 200
Central, SC
View Full Profile said. "If you are not out there having fun, then what are you doing it for? It was basically for the fans. We did not want to show too much, but we had fun and I feel like we played a good game."

No one played better than Hopkins, who Swinney said was the Most Valuable Player of the spring. Hopkins caught seven passes for 120 yards, including a nine-yard touchdown pass from White team quarterback Tajh Boyd 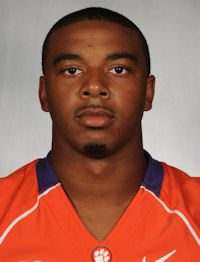 "It felt great being the go-to receiver," Hopkins said. "I want to be a guy that can be counted on when my number is called, and I was today."

Boyd finished the afternoon 20 of 26 for 229 yards to lead all quarterbacks. And though his numbers overall were pretty good, it was not a complete day for the junior. He also threw two interceptions, which he says are unacceptable mistakes.

"When we are doing that, I feel like I'm at the top of my game, but when I get away from that, I make mistakes. That is something I'm going to have to work on."

Clemson is also working on the backup quarterback position, which is one competition that has been too close to call all spring. It was again close on Saturday. Cole Stoudt 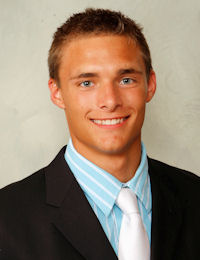 "We have a healthy battle going into fall camp at No. 2," Clemson offensive coordinator Chad Morris said. "In my opinion, I would say Cole has Morgan by a whisker and I don't know if either one of them has whiskers."

Stoudt and Roberts both played on the Orange squad and staked themselves out to a 17-3 lead before Boyd and Hopkins brought the White team back. 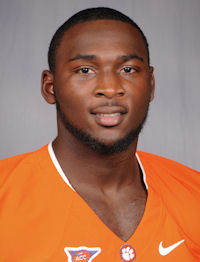 Jonathan Meeks
Jr. Safety
#5 6-1, 210
Rock Hill, SC
View Full Profile was the star of the defense, picking off two passes, including one he returned 49 yards to set up Roderick McDowell 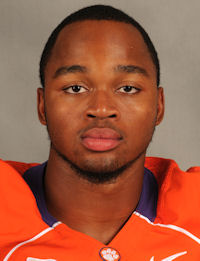 Roderick McDowell
RS So. Running Back
#25 5-9, 190
Sumter, SC
View Full Profile 's game tying touchdown in the third quarter. He later had a diving interception in the fourth quarter that ended a potential scoring drive for the Orange team. 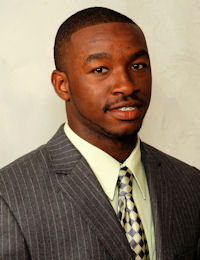 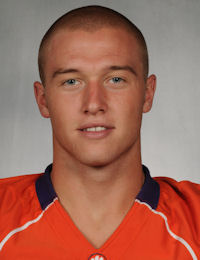 After the White team took a 3-0 lead on a 25-yard field goal, Stoudt led the Orange on an 11-play, 65-yard drive that was capped off with a three-yard touchdown pass to Brandon Ford 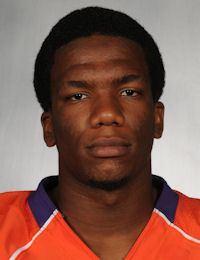 Catanzaro then drilled a 40-yard field goal on the Orange's next offensive possession for a 10-3 lead. Following a Garry Peters 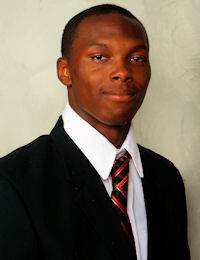 The White team slowly made its comeback when Boyd found Hopkins in the right corner of the end zone for a nine-yard touchdown. Following a Mike Bellamy

Catanzaro added a 20-yard field goal with seven seconds left in the half to give the Orange team a 20-13 halftime lead, but Meeks took a Roberts pass up the seam 49 yards to the one-yard line, setting up McDowell's one-yard plunge to tie the game with 11:50 to play in the third quarter.