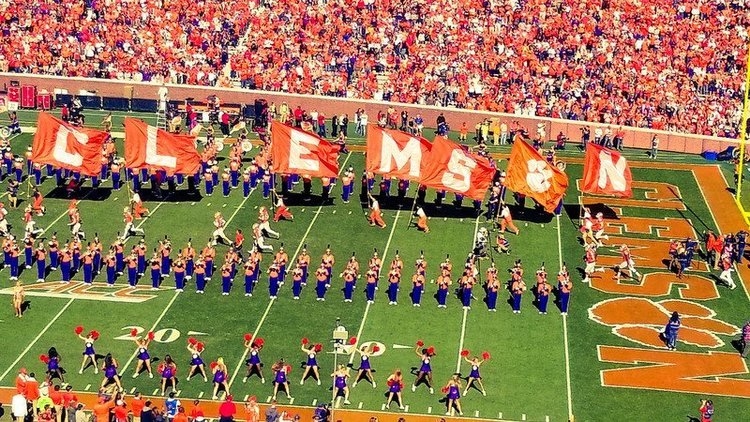 College football is better with fans in the seats

Several scenarios have been floated in an effort to ensure the 2020 college football season is played, but college commissioners told Vice President Mike Pence Wednesday that no games will be played until students are back on campus.

"Our players are students. If we're not in college, we're not having contests," Bowlsby said. "Our message was, we need to get universities and colleges back open, that we were education-based programs, and we weren't going to have sports until we had something closer to normal college going on."

The call happened after President Donald Trump told reporters he would speak with various leaders and commissioners from sports leagues about eventually reopening the country when the coronavirus pandemic is contained.

If the students aren’t allowed back on campus until next January, the college football season could begin at that point according to one scenario.

However, Clemson Athletic Director Dan Radakovich sees challenges with that approach. Appearing on Mickey Plyler’s show Tuesday, Radakovich said that playing in the spring would be difficult.

"Spring football brings a host of opportunities and challenges," said Radakovich. "Like it or not, college football is tied to the NFL. The NFL has done this before in labor stoppages and playing shortened seasons and playing seven or eight games, playoffs and Super Bowl and then starting their next year...I think it would be very difficult, especially for the young men with NFL aspirations to be playing a spring football league while the NFL is moving into their 2021 year. We can play. It may not be with the same people we’re looking at playing with this fall because they could be looking at NFL opportunities because the NFL would continue to march on.

Radakovich added that it's hard for him to imagine college games without fans in the stands.

Radakovich went on to say that a concern among his colleagues is if fans will return to the stands in numbers in the wake of the COVID-19 outbreak.

"Will everyone come back? We hope they will come back. But there is that school of thought that, 'Will it be as it has been the last few years?'" Radakovich said, adding that their focus is on making the right decision and not the quickest.

Many thanks to VP @Mike_Pence for taking the time to talk to the commissioners today about college football and protecting the health of our students. We hope to begin this fall right on time. The VP understands how important it is to return when it’s safe. Thank you! #CFBPlayoff