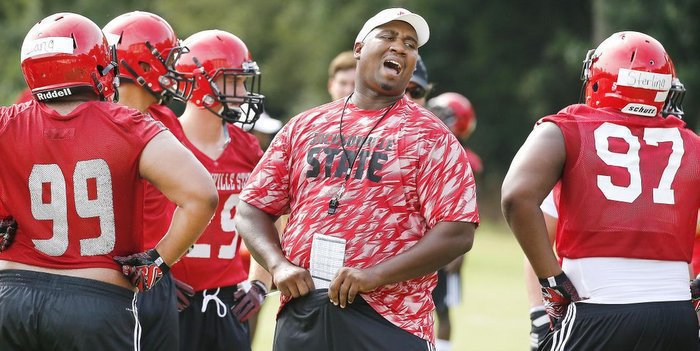 Bates’ contract was approved (two years at $250,000 per year) by the Board of Trustees Compensation Committee late Monday, and an official announcement of Bates’ hiring could come as early as today. However, Bates is a relative unknown to Clemson fans, so TigerNet reached out to someone who not only knows Clemson and the coaching staff in place here, but also knows and has coached with Bates.

Former Clemson quarterback Cole Stoudt was hired by Jacksonville St. in August of 2015 as an offensive assistant and quarterbacks coach, and he’s gotten to know Bates on a professional and person level. In his opinion, Bates is a perfect fit with the Clemson program.

“He is a lot like the coaches at Clemson. He is a hard worker and he is going to do whatever it takes to get things done and coach up the players as best he can,” Stoudt told TigerNet Monday. “When I first met him, I could tell he was a guy who was always on top of things and three steps ahead of everybody. He was a little overwhelming when I first met him and then when I got to know him I could tell he was a great guy. He will be a great fit in the Clemson program with all of the other coaches. He really cares about everybody, especially the players and the people around him. He is a great family man and very faithful and the more I got to know him and the more I got to talk to him, our relationship grew stronger. I am really excited about the opportunity he has at Clemson.”

Bates recently completed his third season at Jacksonville St., but he was recruited at Alabama by Swinney. Bates played for the Crimson Tide from 2001-2004 and graduated in 2005 with a degree in Business Management. While playing for the Crimson Tide, Bates was the only true freshman to play for the Tide in 2001. He was also selected SEC Defensive Player of the Week twice and named permanent team captain for the 2004 season.

Stoudt said Swinney and Bates have a lot in common.

“He is a very well-respected man around here. He is a lot like Dabo - high energy,” Stoudt said. “He is never really negative or says anything bad about anybody. He is a tremendous motivator. You will find out about how much he loves poems and he is a big motivational guy. He loves poems and every chance he gets he will pull you aside and say, hey, listen to this one. He always has something good for you.”

But can he coach? Stoudt says Bates is the kind of coach who pays attention to detail.

“The players he has developed here at Jacksonville St. - just seeing them in games and how they have developed – it’s been great to see them develop and get better,” Stoudt said. “You can tell what kind of coach he is, especially after games. We usually have a full staff meeting, and he does a full summary on all of his players. He harps on even the little things – guys not getting their arms through blocks or if their footwork isn’t as good as it should be. He harps on all of those little details, whch is good because it makes the player better.”